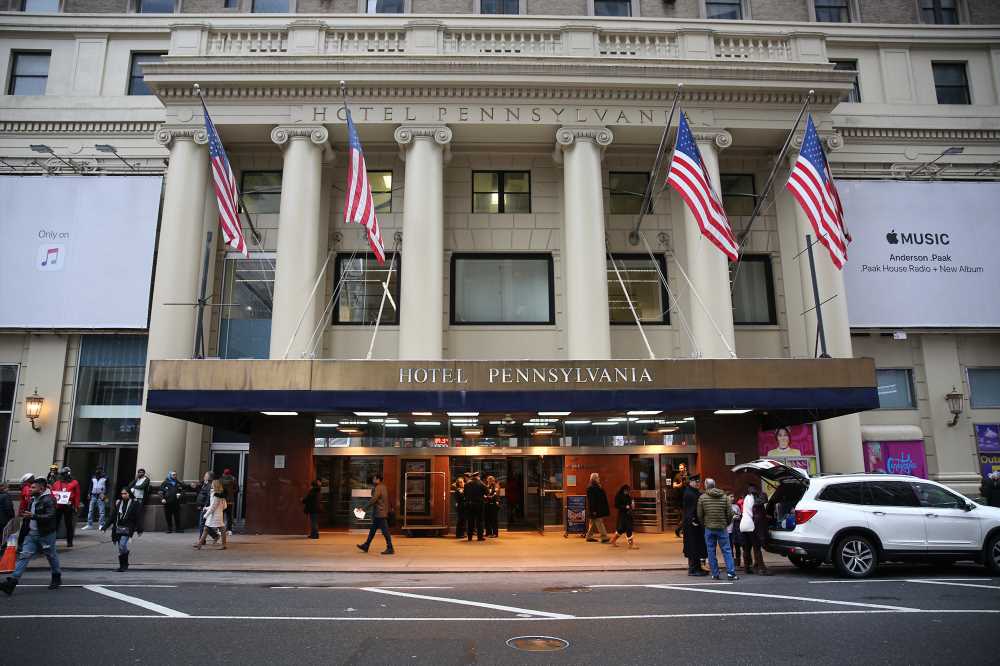 Sorry to all you lovers of super-tall towers: Dreams of a mega-skyscraper to replace the gloomy Hotel Pennsylvania will have to wait at least a few more years.

Vornado Realty Trust — which owns so much property in the Penn Station area that it seems like a wholly owned subsidiary of the publicly traded giant — has raised expectations more than once that it would replace the hotel with a spectacular new office tower.

But Vornado President Michael J. Franco has put the kibosh on it for now. Asked by Sandler O’Neill analyst Alexander Goldfarb in a conference call about Vornado’s plan to raze what he called the “Forever Hotel Pennsylvania” for a new tower, Franco said, “The time is not here yet.”

Any new development at the site would have to come after Vornado’ s planned redevelopments of PENN1 and PENN2, the office towers formerly known as One and Two Penn Plaza, Franco said. “We’re going to finish developing PENN1 and PENN2” first, he said. Those projects are just getting under way.

The halt button for the Hotel Pennsylvania project at 401 Seventh Ave. came as a surprise after a year of teasing by Vornado.

In October 2018, my colleague Lois Weiss reported that Vornado had “quietly slipped” a rendering of an exotic design by Rafael Viñoly for a proposed 2.8-million-square-foot cloud buster into an investors’ presentation. This past June, YIMBY revealed a Vornado marketing plan that showed Facebook’s logo “emblazoned” across the images.

However, Bloomberg later reported that Facebook “never seriously considered” moving to the building. Without it, Vornado apparently sees no short-term prospect for luring a different tenant to pay astronomical rent at what would surely be one of the most expensive towers ever built.

Vornado’s plans for the Pennsylvania site are the commercial real estate scene’s longest waiting came. The REIT bought the hotel in 1997 to be the centerpiece of its planned new vision for the Penn Station area. Vornado has used the name 15 Penn Plaza for the hotel-site tower.

Years ago, Vornado chairman and CEO Steven Roth touted a different super-tall but less sexy new tower, perhaps to serve as a new home for Merrill Lynch. That dream died after the financial crisis.

But lest anyone doubt Roth’s determination to get the project done eventually, it’s worth remembering his history with the former Alexander’s department store site.

Roth was dubbed the “Hamlet of Lexington Avenue” for his seeming indecision over what to do with the location.

Vornado bought Alexander’s in 1991, demolished the store in 1998, and held onto the empty crater until Bloomberg signed on as anchor tenant in what’s now a highly successful office and residential tower.