Tilray sells five times as much pot, thanks to European efforts and hemp acquisition 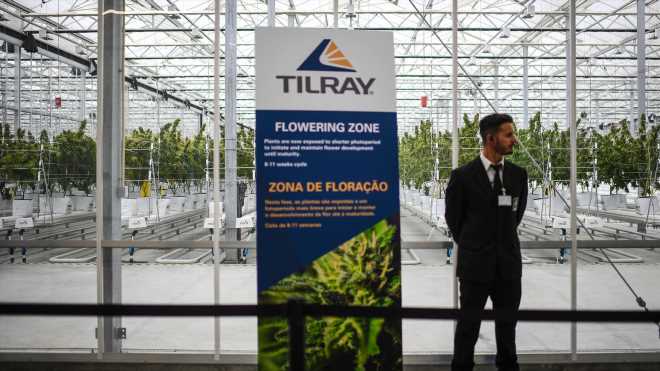 Tilray Inc. sold nearly five times more pot than last year, according to a quarterly earnings report released Thursday, in part thanks to the acquisition of the world’s largest hemp-food maker and early returns from selling medical marijuana in Europe.

Of its total revenue, $15.7 million is from hemp products, the result of its acquisition of Manitoba Harvest earlier this year. Tilray sold $15.8 million worth of recreational weed. International medical cannabis sales increased to $5.7 million from $949,000 a year ago.

Tilray Chief Executive Brendan Kennedy said in an interview with MarketWatch that he attributes the international cannabis sales to investments the company made in 2017 and 2018 that are now beginning to bear fruit.

Cannabis Watch: How much worse can it get for underperforming weed companies?

“[International revenue] will definitely increase,” he said. “And in Germany, we see continued demand, we see demand for high-quality GMP [good manufacturing practices] flower. We’ve proven we can get product into Germany, it’s more difficult than people understand to get products there and it’s difficult to have sellthrough there.”

Kennedy said selling in Germany can be a challenge because the country expects product sold to match a narrow range of tetrahydrocannabinol, or THC, a psychoactive compound found in cannabis. THC content declines over time in cannabis plants, Kennedy said, which creates a challenge when shipping product after promising a certain THC percentage.

Analysts surveyed by FactSet expected losses of 30 cents a share on sales of $49 million. For the fourth quarter, analysts expect a loss of 28 cents a share and sales of $57 million. Tilray shares initially gained about 2% in the extended traded session, then fell to losses of as much as 2%.

Tilray sold roughly 10.9 metric tons of cannabis during the quarter, with the average selling price per gram dropping to $3.25 from $6.21. Adult, recreational cannabis sold for an average of $2.98 a gram.

Like many Canadian public cannabis companies, Tilray has struggled to meet the lofty expectations set around legalization. Kennedy has in the past laid part of the blame on Canada’s other licensed weed companies, saying that they have lied about how much marijuana they can grow. That created problems for Tilray because it had planned to source marijuana from other companies versus planning to grow all of the cannabis it needed.

Kennedy told MarketWatch on Thursday that his view of the Canadian cannabis industry has not changed much from last quarter, when he said he was “less skeptical” of cannabis supply in Canada. However, he said that when Tilray goes to the market to find high-potency weed, there is very little available for purchase, despite a fair amount of product showing up on the balance sheets of Tilray’s rivals.

“If we had access to more of it, we could sell more of it,” Kennedy said.

Lower-quality marijuana suitable for extraction is not difficult to obtain, he said.

Tilray said in August that it was acquiring a cannabis retailer in Alberta for up to C$110 million ($82.9 million) in an all-stock deal. Tilray also signed a deal with a German company to supply $3.3 million worth of weed from its Portugal facility.