Addressing the state of the credit unions 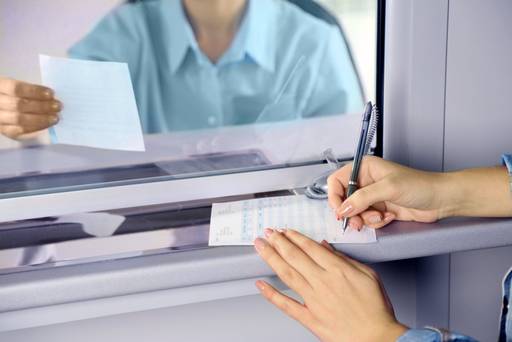 Last week, the north Co Dublin-based Progressive Credit Union revealed that it would not be paying its members any interest on their savings this year. Just for good measure, the Progressive also capped the amount members could save with it at €30,000.

This is despite the fact that the Progressive, which has total assets of €180m, nine branches and which recorded a surplus of almost €2.7m in the year to the end of September 2018, is very much one of the new breed of ‘super’ credit unions, whose development the Central Bank has been keen to encourage in recent years.

The credit unions got a bad press during the crash. A number of them, including Newbridge, Rush, Charleville and Berehaven, went bust, and loan arrears across the sector peaked at almost 20pc in 2012 and 2013.

However, unlike the banks, things were never as bad as they seemed at the credit unions.

While some individual organisations did get into trouble, credit unions as a whole remained in surplus throughout the downturn, and the cost to the taxpayer of bailing out distressed unions ended up being a fraction of what was originally predicted.

In 2012, the Government established the Credit Union Restructuring Board and gave it €250m to recapitalise troubled credit unions.

By the time the Restructuring Board was wound up three years later, only €20m had been used up and the remaining €230m was returned to the Exchequer.

That is not to say that the credit unions emerged entirely unscathed from the crash. As a result of the huge cost, a gross €64bn, of the banking crisis to the taxpayer and the well-publicised problems at a handful of credit unions, the regulatory environment changed dramatically.

The Central Bank, which had taken over the regulation of credit unions in 1997, abandoned its previous hands-off approach, in favour of a much more intrusive regulatory regime.

Too intrusive, say some credit union sources. We are aware of one medium-sized provincial credit union that was recently visited by an eight-person Central Bank team, who remained on-site for a week.

“Is that over-regulation or what?” asks one credit union source.

“The Central Bank is of the view that a gradual stepped approach to providing additional capacity to credit unions for house and commercial lending is appropriate.”

What is indisputable is that the new, more intrusive Central Bank regulatory regime has intensified the credit unions’ historic problem of under-lending.

The credit unions have always struggled to lend a comparable proportion of their deposits.

In the decade leading up to the crash, with the introduction of the euro stoking a credit boom, credit unions lost out to the banks.

However, the credit unions’ share of non-mortgage household lending has remained broadly constant at about a third over the past two decades.

The credit unions’ loans as a percentage of assets fell from 66pc in 1997 to 47pc a decade later. And they kept on falling after that, dipping to just 25pc in 2016.

While there has since been a slight recovery, total credit union lending of €4.87bn at the end of March still represented a mere 27pc of total assets of just under €18bn.

At a time when bank lending is still shrinking, why is the Central Bank not doing more to tap this pool of potential lending?

“The credit unions face a very complicated approval process [from the Central Bank] for new products. The banks do not need to get approval,” said Ed Farrell, chief executive of the Irish League of Credit Unions (ILCU), the body which represents most unions.

Farrell believes that the Central Bank’s regulation of credit unions fails to sufficiently accommodate their unique place in local communities.

“We would say that the Central Bank doesn’t value the credit unions’ voluntary, community ethos,” he added.

At the same time as total credit union lending has been falling as a proportion of their assets, the number of unions has also been declining fast, from 406 in 2011 to just 246 in 2019, a reduction of almost 40pc. This fall in the number of credit unions did not happen by accident, being largely the result of Central Bank pressure on the smaller unions, it is claimed.

“The Central Bank didn’t let the financial crisis go to waste. It used the time to ‘encourage’ smaller credit unions to merge with bigger ones. Credit union directors feel that they are being put under constant regulatory pressure to merge with larger neighbours,” said Farrell.

He contends that this process of reducing the number of credit unions risks breaking the community link between the unions and their members.

“It was widely expected that restructuring would lead to a widespread closure or transfer of credit union offices. However … the majority of transfers (77pc) have involved no reduction in business locations. Restructuring has therefore secured the continued physical presence of credit union services, within common bonds in most cases,” said the spokesperson.

While some think the Central Bank has not done the credit unions any favours, surely there is a lot that unions can do to improve their position?

Not only do they have more than three million members, about two-thirds of all adults, but credit unions are also widely admired and respected.

They are by far and away the most widely respected providers of financial services, having been voted number one in the 2019 RepTrak survey. In addition, they were recently voted as providing the best consumer experience in the CX Survey – for the fifth consecutive year.

The high esteem in which many of us hold the credit unions, and public scrutiny of the banks, represents a huge potential competitive advantage for them. The challenge facing them is to convert this goodwill and their huge membership into more lending. Simply complaining about the burden of an ‘unsympathetic’ regulator is not going to make this happen.

What are the credit unions themselves doing to convert these inherent strengths into profitable business?

The ILCU has recently taken several steps in this direction, including setting up a central mortgage processing company that will handle all of the paperwork for credit unions entering the mortgage market, and a payments company that already processes direct debits and electronic funds transfer.

Farrell hopes that this company will shortly be able to service a credit union debit card, which he describes as the “final piece of the jigsaw”.

The key to success for the credit unions lies in getting the vast majority of us who are already members to do more of our financial business with them, rather than the banks, and turn our warm feelings into cold, hard cash.