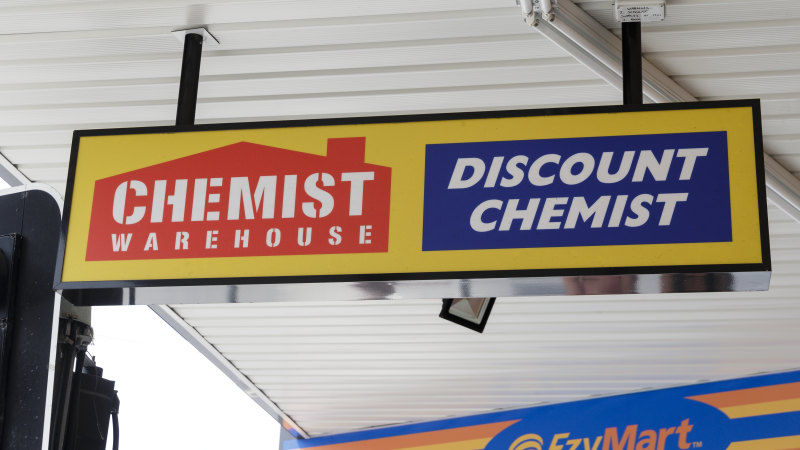 Multi-billion dollar retailer Chemist Warehouse has experienced a slowdown in sales and a halving of yearly profits as it feels the bite from increased competition and tightened government regulation.

The sluggish result is in line with the broader retail market which has struggled over the past 18 months through low consumer confidence and weak spending, with big-name retailers such as Myer and IGA-owner Metcash reporting weak results for the past financial year. 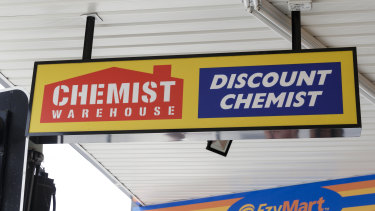 Revenue and profit at Australia’s largest pharmacy chain is beginning to waneCredit:Brook Mitchell

Financial documents filed with the corporate regulator last week for the East Yarra Friendly Society, a company estimated to represent about half of Chemist Warehouse's retailing locations, showed the company's statutory profit was just $6.5 million for the 2017-18 financial year.

This marks a drop of almost 50 per cent from its $12.96 million profit in the preceding financial year and a massive decline in from the $101 million in earnings posted for 2016.

Chemist Warehouse operates more than 300 stores across the country and is owned by the Verrocchi and Gance families, spearheaded by reclusive businessmen Jack Gance and Mario Verrocchi.

The entire chain is estimated by industry analysts at IBISWorld to hold 23 per cent of the $19.5 billion Australian pharmacy market, which would give Chemist Warehouse an estimated total revenue of about $4-5 billion.

Determining the company's true size is difficult because of Mr Gance and Verrocchi's ownership structure, with the two maintaining individual directorships for nearly 100 Chemist Warehouse stores across the country.

In the end-of-year directors' report for the East Yarra Friendly Society, the two directors said they considered the results to be "satisfactory considering recent changes to the business operations".

Over the past decade, the pharmacy retail space has seen heightened competition from online operators and a rise in discount pharmacies and medical products sold through supermarkets.

The industry is also highly regulated, with the government maintaining a strict say over who can operate pharmacies, and where they can be opened.

In August, the company pushed the government to stop “propping up” smaller chemist retailers, with chief operating officer Mario Tascone calling for changes to legislation which prevents the discounting of Pharmaceutical Benefits Scheme medicines for pensioners and stops new chemists opening near existing ones.

"It's the only protected industry in Australia and in the year 2019, these rules make no sense. We're the only country in the world that does it," he said.

The company said it had identified about 60 locations in regional towns where it would open stores if regulation was relaxed.