Election 2019 LIVE: Labour pledge to start nationalising IMMEDIATELY if they enter No.10 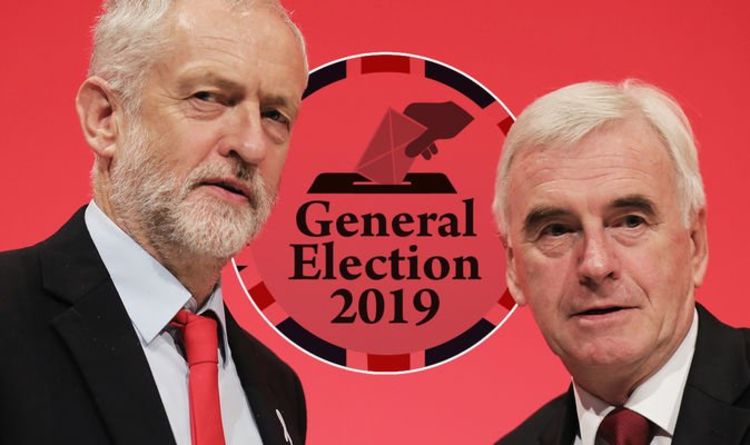 John McDonnell will set out plans for his first 100 days as Chancellor this morning, as Labour try to hammer home their general election pledges. In a speech in London at 11am, Jeremy Corbyn’s right hand man will promise to start pouring money into the economy from day one of entering office. Mr McDonnell will also start the process of nationalising water and energy companies within 100 days of taking office.

Instead, the utility industries will be run by “governing boards”, made up of politicians, workers and customers will run the organisation, which will have to broadcast their decisions live on social media.

The shadow chancellor will tel voters the plans will give power back to the people and allow them to “see if your road is being dug up, why and for how long”.

But a report by the Institute of Economic Affairs has said the move will actually reduce consumer choice and innovation, limit productivity and increase the power of trade unions.

It adds privatisation has had significant benefits, despite legitimate concerns over its performance.

Julian Jessop, who co-wrote the report said: “Most of the potential benefits of denationalisation could be achieved in other ways, including better regulation and more competition.

“In contrast the potential costs are huge, especially if returning these industries to state control reverses the substantial improvements in performance since privatisation.”

Mr McDonnell will also promise to halt all cuts to public service and welfare and give money into struggling communities within Labour’s first 100 days of office. 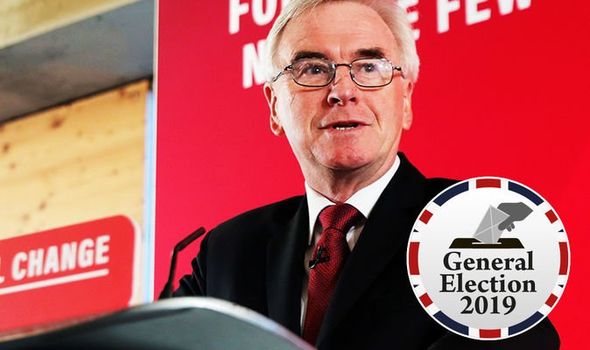 8.19am update: Boris’s last push to win over Labour heartlands with Brexit promise

In an effort to win over disgruntled Leave voters in the north of England, Boris Johnson will hammer home his commitment to deliver Brexit by January 31.

In a speech in Sunderland later today, the Prime Minister is expected to say: “It’s now been 1,264 days since Sunderland’s roar was heard on the night of 23 June 2016.

“1,264 days in which Parliament should have delivered what you voted for, taken us out of the EU, and addressed all the reasons you voted so decisively for change…

“Instead we have had 1,264 days of dither and delay, prevarication and procrastination, obfuscation and obstruction…

“Which is why your vote in three days’ time is so important.”

8.10am update: Jo Swinson admits it ‘doesn’t look likely’ the Lib Dems will win a majority

Asked about her party’s manifesto pledge to revoke article 50, Ms Swinson said: “It’s only in the circumstances of a Liberal Democrat majority government which of course in itself would be democratic. But where we are right now that obviously doesn’t look likely.”

She added: “The most likely way we can stop Brexit is through a people’s vote and the Liberal Democrats have led the campaign for a people’s vote for three-and-a-half years.”