Entire genetic code of a 5,700-year-old girl extracted from a piece of ancient 'chewing gum' 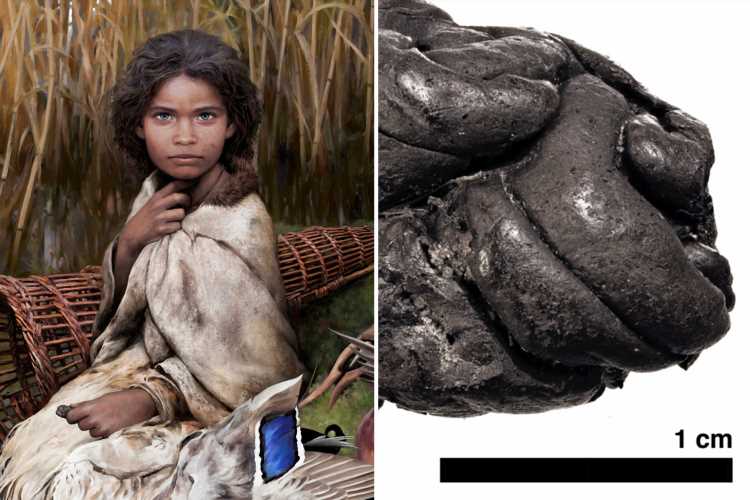 THE entire genetic code of a 5,700-year-old human has been extracted from little more than a piece of ancient "chewing gum".

Scientists found that the person who chewed the gum was a young girl living in Denmark, with dark skin and blue eyes. 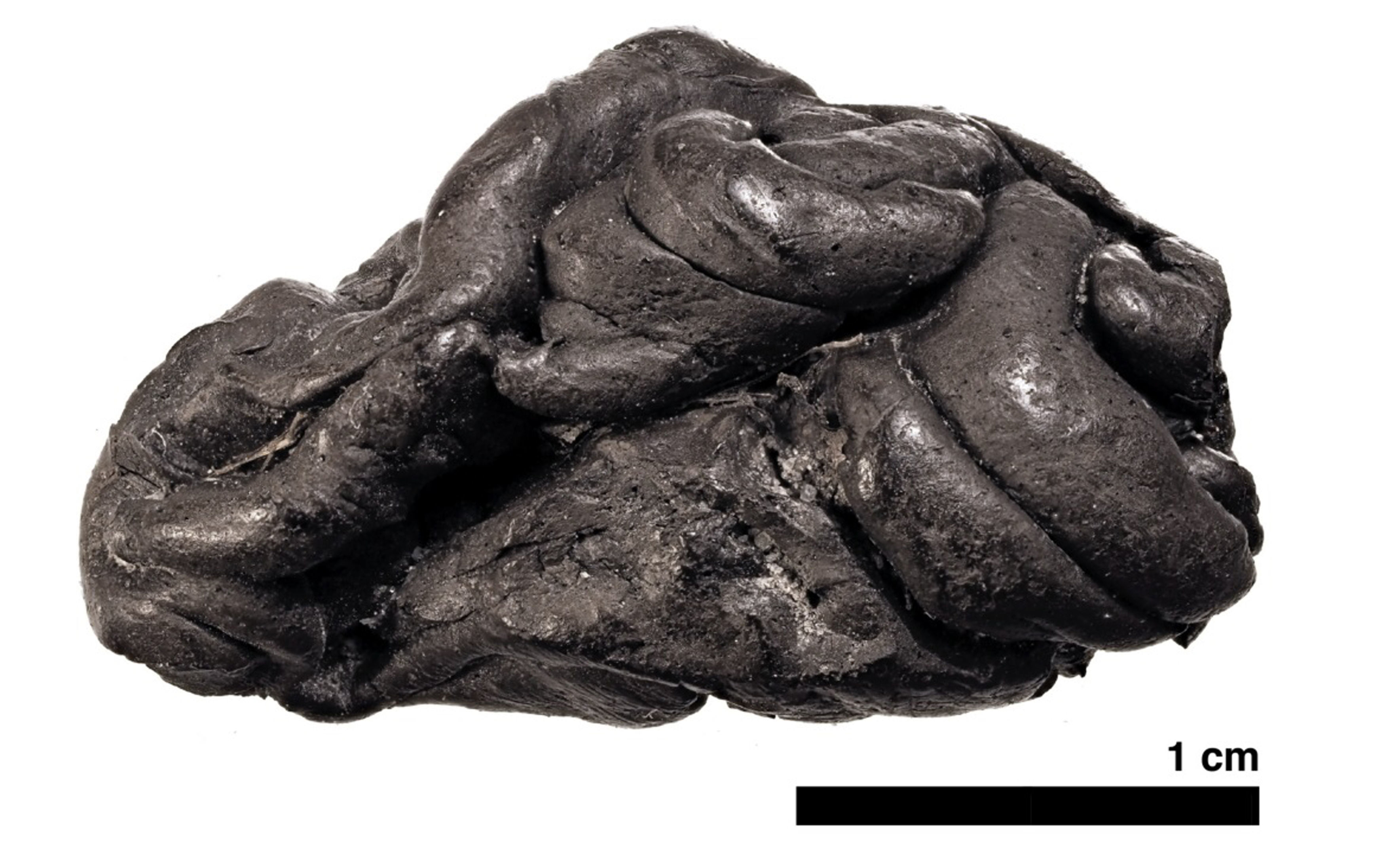 It means the ways in which scientists obtain DNA from our distant ancestors are broader than previously thought.

The "gum" is actually a piece of birch pitch.

But small lumps of this material have also been found at archaeological sites, often with tooth imprints. 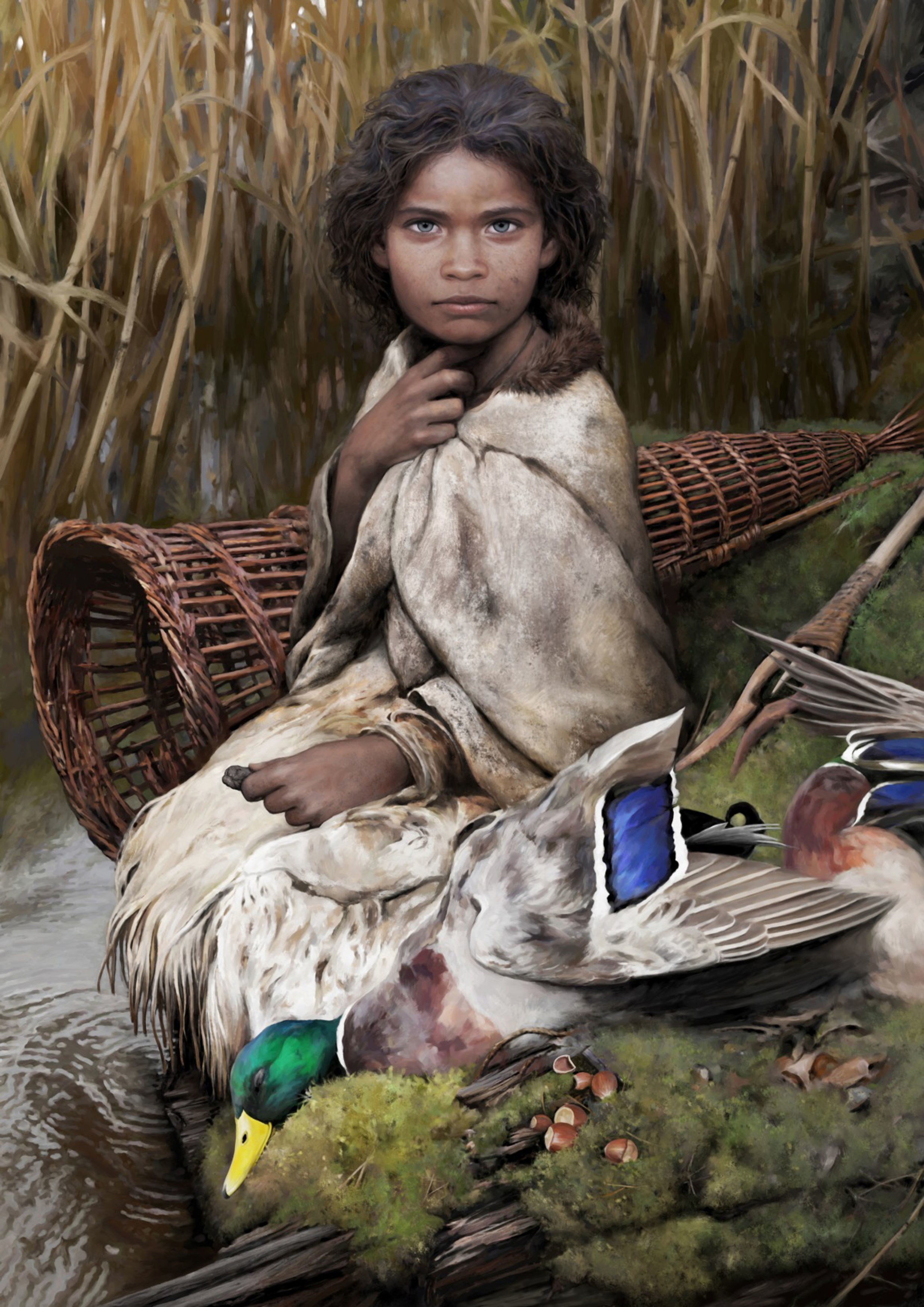 This suggests that the chunks of birch pitch were chewed by our distant ancestors.

The close contact with our ancestors' mouths makes them ripe for DNA extraction.

Experts at the University of Copenhagen in Denmark were able to sequence the human DNA contained in the birch pitch specimen.

From this, they were able to determine that the individual who chewed the gum was a woman.

Based on genetic variation, they could also work out that the girl had dark hair, dark skin and blue eyes.

The DNA gives us a window into the past, and suggests that she was descended from mainland Europe – rather than Denmark. 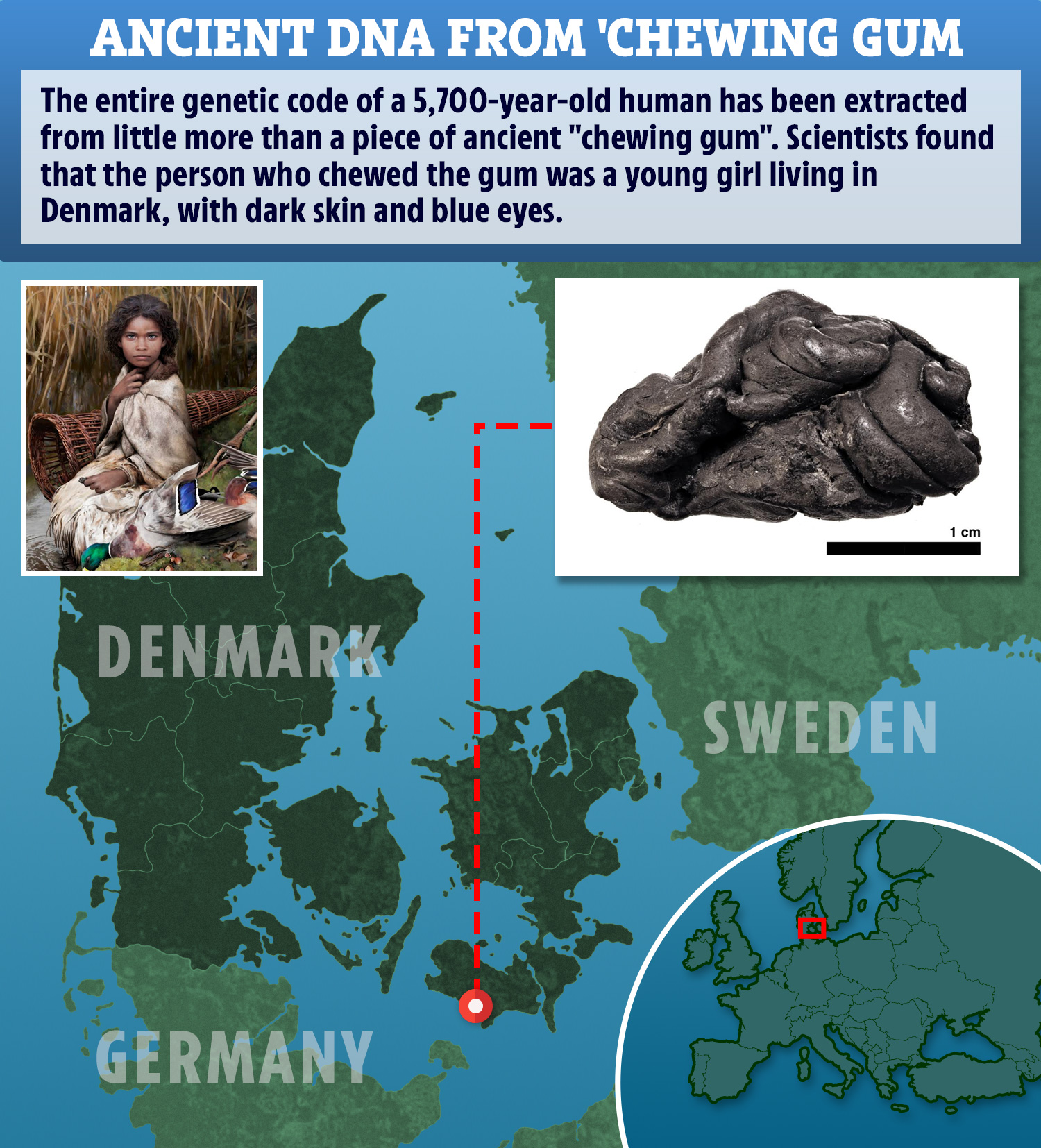 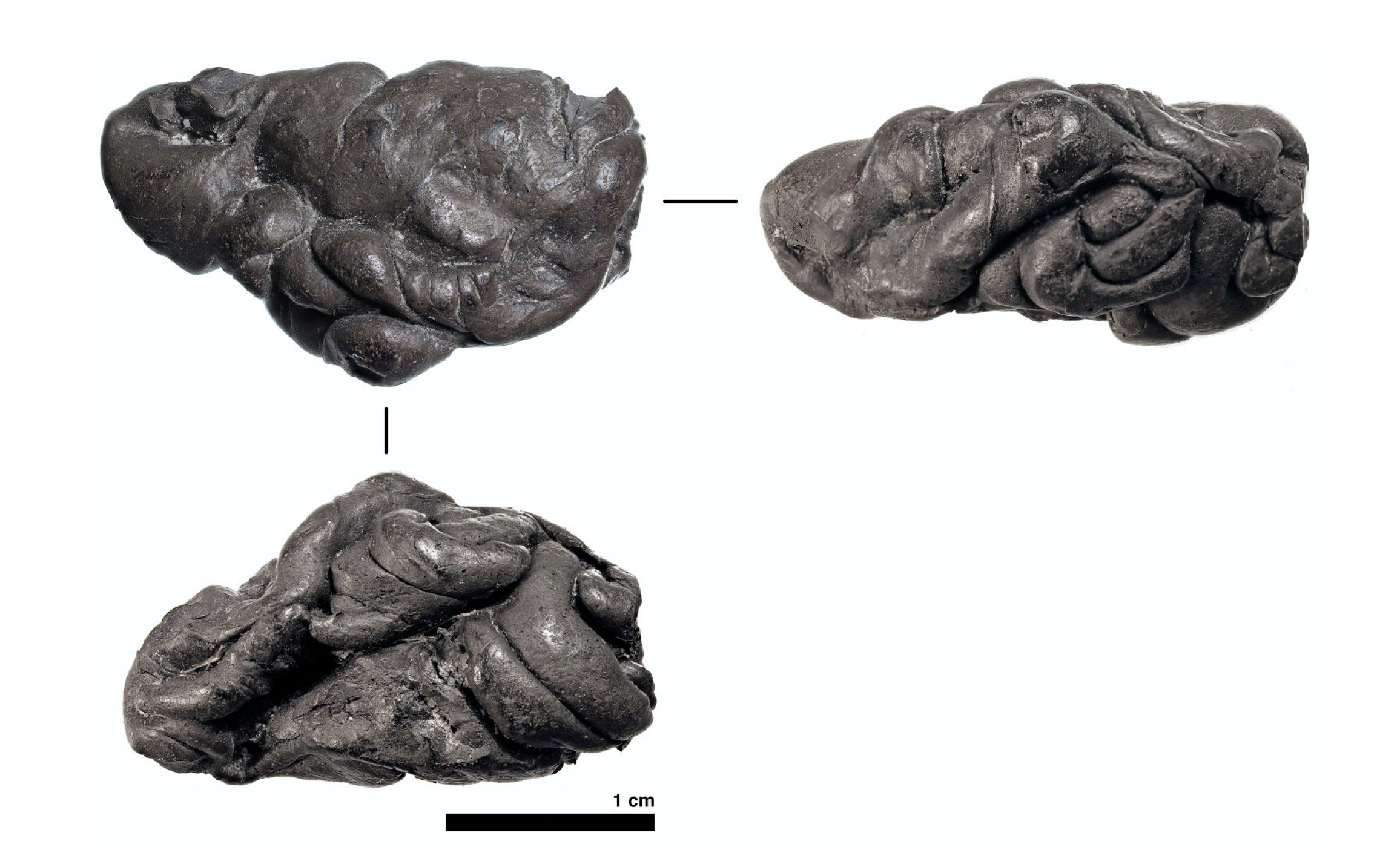 The human genome – what is it?

Incredibly, scientists were even able to work out how the girl may have lived at the time.

"We identify DNA fragments from several bacterials and viral taxa, including Epstein-Barr virus, as well as animal and plant DNA, which may have derived from a recent meal," researchers wrote.

This included "hazelnut and mallard".

Researchers added: "The results highlight the potential of chewed birch pitch as a source of ancient DNA."

In other news, an ancient skeleton with an "extremely rare form of dwarfism" has been found in China.

A dog walker recently found a 65million-year-old ‘ichthyosaur’ skeleton on the beach thanks to his sharp-nosed pups.

A lost Ancient Greek civilisation invented ‘single-use cups’ because ‘no one wanted to do the washing up’ 3,500 years ago.

And, from vagina impalement to ‘death by elephant’ – history’s most gruesome execution methods revealed.

What do you think of this impressive discovery? Let us know in the comments!