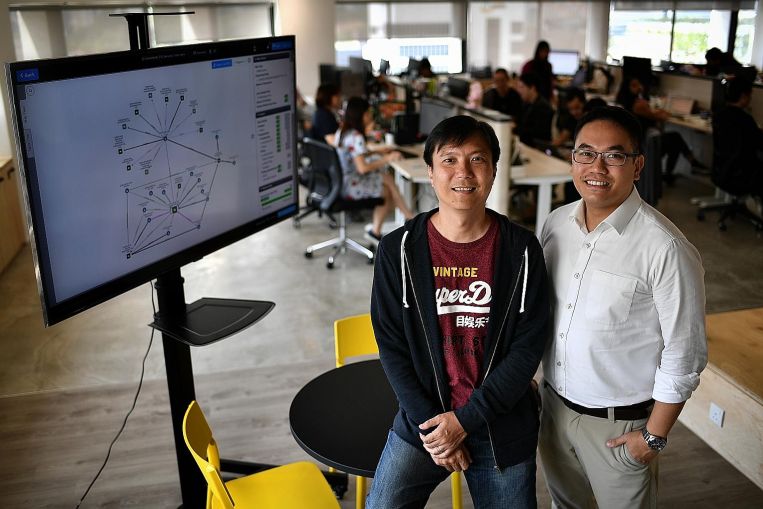 An initiative to help tech start-ups secure government tenders has enabled about 75 firms to win more than $430 million worth of deals in the past five years that they might otherwise have missed out on.

Companies are evaluated on the technical, financial and operational aspects of their business. Those that receive the stamp of approval get first consideration for government projects and benefit from a streamlined procurement process that shortens the amount of time needed to close a deal.

More than 1,000 projects have been awarded to companies under the two programmes.

Accreditation@SGD started in 2014 in response to the challenges faced by local technology companies in securing new customers quickly because of their unproven track records.

“Getting business from government agencies is always very hard. Before they buy from you, the agencies usually need real examples and justification, often from other agencies. It’s a chicken-and-egg situation,” said Mr Daryl Neo, co-founder and chief executive of fintech start-up DC Frontiers, which developed an artificial intelligence-powered business intelligence database called Handshakes.

The firm, formed in 2011, grew its number of government clients from one to 20 within two years of being accredited in October 2016.

Spark was launched in November last year after IMDA realised that Accreditation@SGD’s rigorous criteria would disqualify an increasing number of promising tech start-ups at an early stage of development that it wanted to support, said IMDA director of enterprise growth acceleration Edwin Low.

We saw an opportunity to assist a broader group of companies, including those in IT services, hardware and consumer tech products and services.

MR EDWIN LOW, director of enterprise growth acceleration at the Infocomm Media Development Authority, on the launch of Spark in November last year, after IMDA realised that Accreditation@SGD’s rigorous criteria would disqualify an increasing number of promising tech start-ups at an early stage of development.

“At the same time, we saw an opportunity to assist a broader group of companies, including those in IT services, hardware and consumer tech products and services,” he added.

Local artificial intelligence (AI) start-up impress.AI was one of the companies that would otherwise have fallen through the gap.

Its product is an AI recruiting tool that helps companies automate parts of their hiring processes.

Chief executive Sudhanshu Ahuja said joining Spark helped it increase its government client base from one to 10 and greatly shortened the tender process to about three months – around a third of the time it took previously. “IMDA has shown a deep understanding of what start-ups need, such as closing deals quickly,” he added.