Walmart sets up data operation here on the quiet 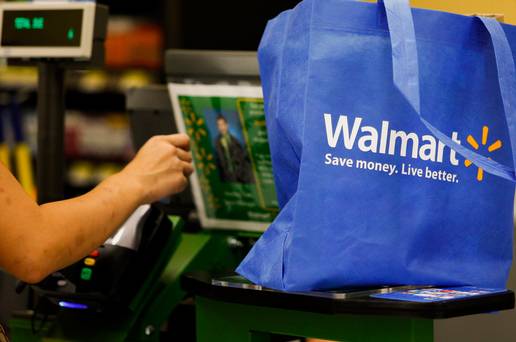 Global retail giant Walmart has quietly established a data science and software development operation with more than 80 staff in Dublin.

It is currently hiring software engineers for its Walmart Labs and Intelligent Retail Lab (IRL) operations here, the Irish Independent can reveal.

The Dublin office is also hiring a small number of recruits for Jet.com, the ecommerce platform co-founded by Wexford man Mike Hanrahan, which was acquired by Walmart in 2016 for more than $3bn (€2.7bn). Mr Hanrahan now heads up the IRL – a retail AI lab inside an existing Walmart Store – which is based in New Jersey and is part of an incubation arm of the company called Store No8.

According to the IRL website, it aims to better understand how Walmart customers shop for the things they need most. Using both software and hardware, it is working with AI, computer vision, machine learning and sensor fusion.

The Dublin operation appears to have been established in late 2017, and the firm has been an active member of meetups and other informal forums as part of the software development and wider IT community in the capital, it is understood. One senior Walmart Labs employee describes work that led to financial savings of $13m (€11.6m) for the firm on his LinkedIn page.

Last January, it was reported that Walmart would hire 2,000 tech workers for Walmart Labs’ entire operations throughout 2019.

The Dublin office operates alongside nine others in Bangalore, and Gurgaon in India, as well as Arkansas, California, Oregon, and New Jersey in the US. The Labs operation is believed to employ more than 6,000 staff in total.

The recruits would consist of software engineers, designers, data scientists, product managers, and technologists, a spokesman said at the time.

Walmart Labs is responsible for nearly all the innovations the customer sees, from robots that scrub floors to app features that enable online grocery ordering and faster checkout in stores, he added.

According to the Walmart Labs page on LinkedIn, the operation works broadly on the Walmart tech platform; its supply chain – “developing scalable, nimble and flexible technology that powers our hundreds of distribution and fulfilment centres and provide our supply chain partners with the tools they need to deliver for our customers”; and its online and in-store search, pricing, catalogue, content, inventory, replenishment and fulfilment technology.

A spokesman for Walmart hadn’t responded to queries by the Irish Independent at the time of going to press.

The IDA’s press office did not respond to queries about whether it had assisted in the setting up of the Walmart Labs office here.