Activision Launches Call of Duty League for Boost in Esports 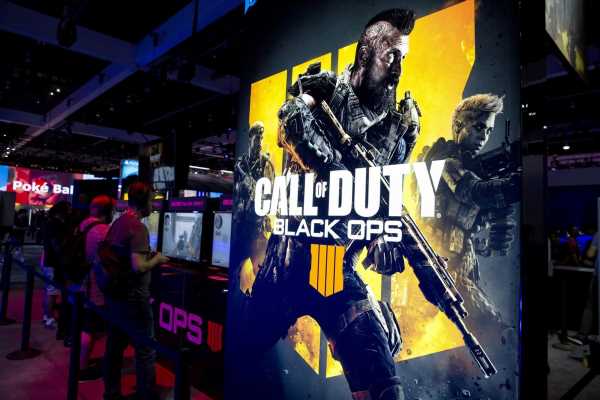 The company expects several thousand fans to attend a three-day fest that will include matches among the new league’s 12 city teams, as well as musical acts. There’s more at stake than fun and games, though. Activision is trying to build its own version of an NFL, NBA or NHL — one that could eventually become a material contributor to its bottom line.

The launch is part of a push by Activision to become the biggest operator of professional esports leagues, where video-game players square off in front of large audiences. The company already runs the popular Overwatch league.

“Strategically, it’s about Activision positioning itself at the top of the esports ecosystem and making sure its titles have staying power on the competitive scene,” said Matthew Kanterman, an analyst at Bloomberg Intelligence.

Activision booked about $6.4 billion in revenue last year, according to Bloomberg estimates. The Overwatch league contributed about $100 million of that, Kanterman said, and that revenue may nearly quadruple to $390 million by 2022.

Call of Duty shows some signs of offering a bigger opportunity. The new league’s team owners probably paid tens of millions each — more than prior franchises for other games, like Overwatch — netting Activision about $300 million, according to Rohan Bose, senior financial analyst at business valuation firm Mercer Capital. Several owners are placing a lot of chips on the company’s vision since they already run Overwatch teams.

The game maker said Friday that YouTube will be its exclusive live esports streaming partner in all places except China for leagues including Call of Duty and Overwatch.Amazon.com Inc.’s Twitch previously had an exclusive contract to provide Overwatch live coverage.

Activision’s aim is to grab a bigger slice of esports revenue, which should rise nearly 18% between 2019 and 2022, to$1.8 billion, according to research firm Newzoo. That’s much faster than the 8.4% average growth in game software, which should reach $190 billion in 2022. While Asia is the largest region for esports viewership, North America leads in revenue. The most lucrative leagues are likelyRiot Games Inc.’s League of Legends andValve Corp.’s Dota 2, analysts said.

But the idea of franchising leagues is fairly new, and the financial outcome — for Activision and the new team owners — is largely unknown.

“This whole closed league where there’s only a set number of teams and they all compete against each other is a relatively new concept, and I don’t think has proven itself yet,” Bose said. “If this can start generating revenue for teams, you’ll see more teams participate in franchised leagues.”

The Call of Duty league could take three to five years “at the very least” to prove successful, he said. Many team owners intend to be patient.

“From our ownership group’s perspective, this is not viewed in any way as a short-term investment,” said Brett Diamond, chief operating officer at Wise Ventures Esports, part of an organization that owns the Minnesota Rokkr in the Call of Duty League, as well as the NFL’s Minnesota Vikings. “We are looking at it as a long-term commitment.” The Rokkr already has 14 full-time staffers, plus two coaches and seven players, and is operating out of a new space on the Vikings campus that cost $2 million to build out.

Call of Duty does face a geographical challenge. Overwatch, a team-based shooter, is huge in China and Korea, for example, whereas Call of Duty “has always skewed to the West and had very little traction in Asia,” Bloomberg Intelligence’s Kanterman said. “So if CoD can find footing in Asia, then it can get there” in matching the Overwatch league’s revenue.

“The franchise format is a good one — fans can become close to a team and players, you can create a city mentality and you have a more loyal fanbase,” said Michael Graham, head of research at Canaccord Genuity. “For Activision game sales, having a competitive scene gets fans more involved in the ecosystem.”

The Call of Duty league will strive to offer family-friendly events — with celebrity appearances and music performances — so that a gamer son can bring his parents, and get them hooked on games, too. Filming of the events will be more cinematic than many other esporting experiences, said Johanna Faries, Call of Duty League’s commissioner.

“CoD as a franchise just continues to break barriers and records,” Faries said. “Now bringing the esports vision to life is an expansive opportunity for us to widen the funnel of fandom.”