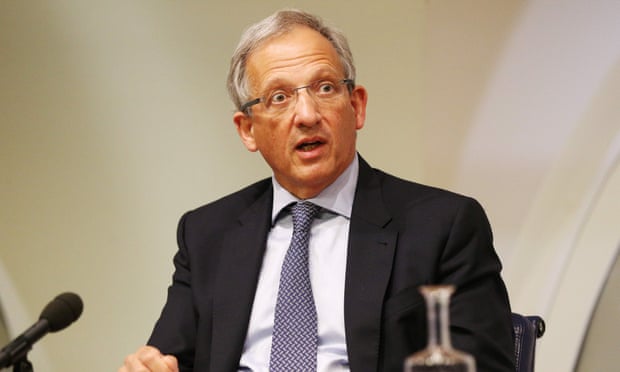 The Bank of England will examine how Britain could adopt a bitcoin-style digital currency as part of a global group of central banks that have joined together to examine the possible pitfalls of relying on electronic money.

Bank officials will meet with the Bank of Japan, the European Central Bank (ECB), the Sveriges Riksbank, the Bank of Canada, the Swiss National Bank and the Bank for International Settlements (BIS) to pool research and experiences of the potential for a central bank digital currency (CBDC).

The BoE deputy governor Sir Jon Cunliffe will co-chair the group with Benoît Cœuré, a former ECB board member and head of the BIS innovation hub.

The move comes amid the emergence of private sector digital currencies, such as bitcoin and Facebook’s libra, which is due to be launched this year.

Facebook’s plans for its libra coin and a digital wallet have caught the attention of regulators and central banks worldwide, with Threadneedle Street being among those vowing tough new rules.

The BoE was among several central banks to warn that libra would need to be regulated, leading many supporters to end their relationship with the digital currency.

The idea of a central bank digital currency has been increasingly mooted worldwide to help improve payment systems and cross-border transactions.

The Bank said the new working group would look at “CBDC use cases; economic, functional and technical design choices, including cross-border interoperability; and the sharing of knowledge on emerging technologies”.

It will also work closely with other global forums and groups, such as the Financial Stability Board and the committee on payments and market infrastructures (CPMI), which is also chaired by Cunliffe.

Just last month, Sweden’s central bank said it would sign a deal with the consultancy firm Accenture to create a pilot platform for a digital currency, known as the e-krona.

The Riksbank has been exploring the idea of its own digital currency for some time, especially given the rapid decline in the use of cash in Sweden.

The European Central Bank has also been investigating the possible benefits of CBDC since last year.

Fran Boait, executive director of Positive Money, said policymakers had been slow to realise how much enthusiasm there was for digital money.

“They have been asleep at the wheel over the future of our money system being determined by a small number of banks, payment companies and now tech giants.

“The rapid decline of cash and threat of private digital currencies like Facebook’s libra have served as a much-needed wake-up call, but central bankers have a lot of catching up to do.

“Central banks need to accelerate plans for a central bank digital currency, which would both ensure that people have the choice of a safe public banking option and prevent our monetary system being completely surrendered to unaccountable private interests. This new group must serve as a vehicle for doing so.”