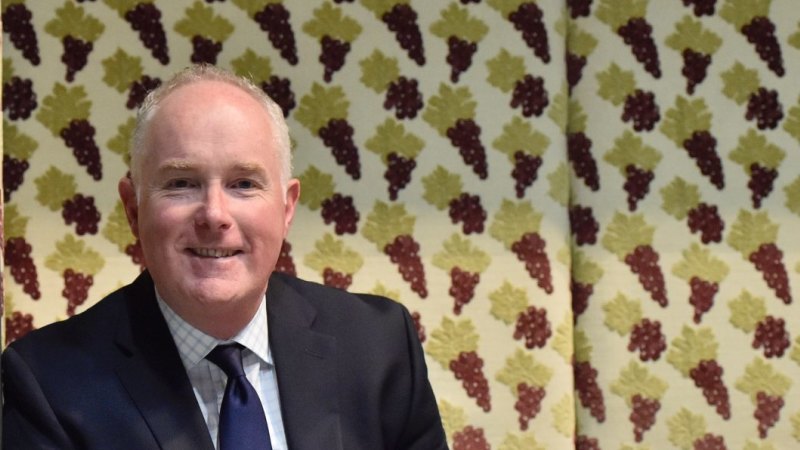 There is no longer a sizeable chunk of short sellers left on the register of Treasury Wine, but those with the stomach to hold their course have finally been rewarded.

Many of these contrarians who raised red flags about Treasury in 2019 got it right for the wrong reasons.

That said, a win is still a win. 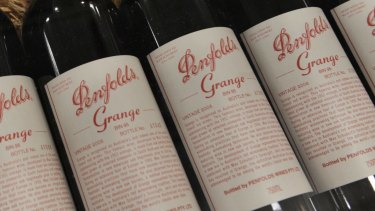 The timing of Treasury’s profit warning shocked many in the investment community.Credit:Justin McManus

The shorts had been warning investors variously that Treasury’s accounts were less than reliable on the basis of the company’s alleged use of acquisition accounting and concerns about excess hidden inventory – a practice known in the industry as ‘channel stuffing’.

Turns out that Treasury’s accounts were not the problem. Its American operations were.

Because of its woes in the US, the promise of 15 to 20 per cent growth in the 2020 financial year received a severe haircut, with earnings now expected to grow between just five and 10 per cent.

Investors received a nasty dose of sticker shock and the shares tumbled 23 per cent by lunch time on Wednesday.

Some analysts had quietly predicted a revision in growth rates – but not of this magnitude. The size of this downgrade came from left field.

They had also anticipated that once again it would be in the US market that the company became unstuck.

Yet the timing certainly shocked the investment community. No one thought the earnings revision would happen while departing chief executive, Michael Clarke, still had his feet under the desk. He doesn’t leave for another nine months. 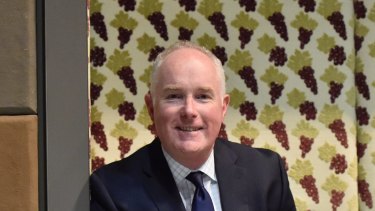 Treasury CEO Michael Clarke will retire in September but his legacy has lost some shine.Credit:David Mariuz

When Clarke announced his retirement in October last year, the Treasury stock price fell 12 per cent in a day.

When a highly regarded chief executive hangs up his spurs and the stock price falls, there can be two reasons. First, it can be a tribute to his talent. The second can be fear the new chief executive could decide to clean out any skeletons from the closet and blame it on the last guy.

But it seems that Treasury’s problems in the US were just too large to avoid.

The earnings from Treasury’s America’s business plunged 17.3 per cent to $133.6 million in the December half, the first six months of its financial year.

While investors had also been nervous that the deadly coronavirus could feed into the performance of Treasury’s fast growing China business, there was no such news at this point.

It was excess industry supply of (mainly) the cheaper commercial wines in the US that has brought the company unstuck.

Clarke says that the company’s own US inventory was in pretty good shape. But when other big players flood the market with excess, yet decent, plonk, then everyone gets caught. Treasury said it had to ‘walk away’ from around 500,000 cases of commercial volume in the US and engage in heavy discounting (or as it's called in the trade – investments in price).

On top of that, Treasury pointed to a higher cost of doing business and management change issues.

After Tuesday evening’s shock announcement it was left to analysts to estimate how long the excess inventory bubble in the US industry would take to deflate.

And Treasury was making no promises, suggesting the industry dynamics that caused the problems hadn’t improved yet and several large players that were keen to get out of the business were still dumping decent wine on the market under the banner of private label.

That said, the US operations have plenty of form when it comes to disappointing the market. Ironically it was a disaster in this division that led to an overhaul of management and the appointment of Clarke as chief executive in 2014.

This was a point forcefully made by Merrill Lynch veteran analyst David Errington during a Treasury hook up with analysts and investors on Wednesday.

He questioned why the American operation had been retained given its patchy performance history.

But according to Clarke, divestment isn’t on the agenda and Treasury is not about to join the conga line of international wine groups looking for the exit door on the US divisions.

Instead, Treasury will undertake a review of the American operations – drawing Errington’s ire who questioned what could be going on inside the US division that the company didn’t already know about.

Solving the problem in the US will now become a problem for the chief executive in waiting, Tim Ford.