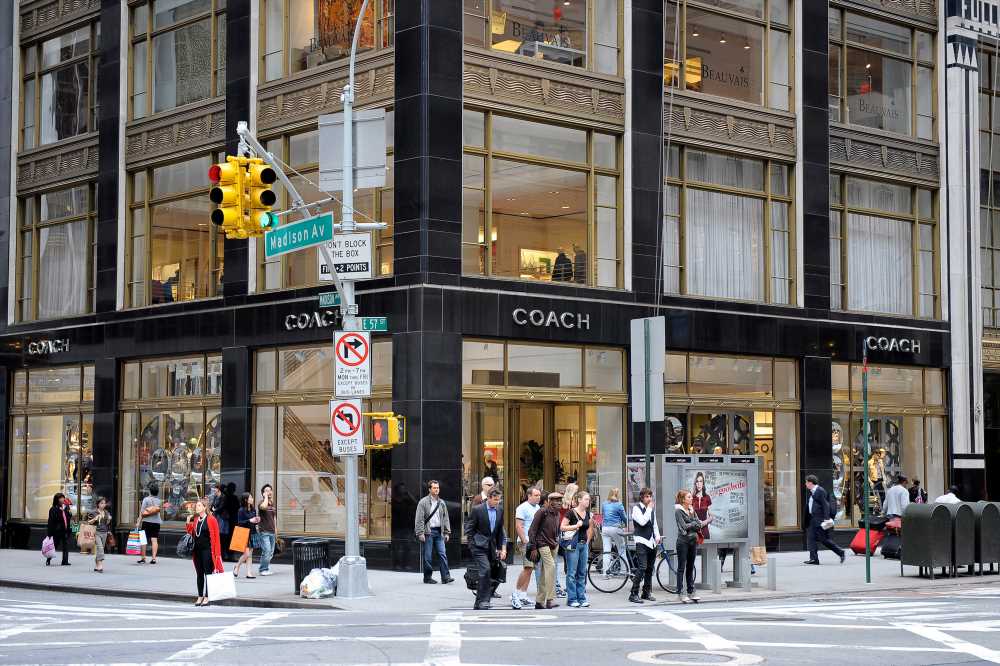 Staggered by the imminent Barneys shutdown and recent closings of many smaller boutiques, Midtown’s fanciest shopping zone — at least part of it — is getting a sudden burst of urgently needed energy.

Both Fendi and Berluti have signed retail leases at Vornado’s 595 Madison Ave. at 57th Street, The Post has learned. The Art Deco-style Fuller Building’s prime corner is exactly where Coach abruptly closed a longtime store there, as The Post reported last week.

The new, luxury emporiums will fill most of the depressingly dark storefront space at 595 Madison. A source said one more lease will soon be completed at the address as well.

They’re the latest coup in the fashionable, gilded neighborhood for Vornado, which has struggled with the nation- and city-wide retail shakeout like every other large landlord.

The four new commitments make up around 60,000 square feet — “a monster bunch of deals,” said a broker who was not involved in any of the transactions. “With Barneys on the way out, that part of Madison Avenue needed to show signs of life.”

A source attributed the leasing boomlet in the blocks between East 57th and 60th streets to enormous cuts in asking rents — “down 35 percent in that area in just two years,” an insider said.

Even so, the average ground-floor asking rent for the Vornado leases was still $1,000 a square foot, sources said — hardly chopped liver.

As is its custom, Vornado, led by media-shy Steven Roth, wouldn’t confirm or comment on any of the deals.

Meanwhile, Fendi’s move to 595 Madison will require it to leave its current digs at No. 598 across the avenue. But unlike other recent departures, it won’t leave another gaping hole.

LVMH controls the 598 Madison retail space under a long-term ground lease through 2045. The luxury conglomerate is expected to expand its existing Dior store at 19 E. 57th St. into Fendi’s soon-to-be-vacant digs next door after a major makeover at both addresses.

Both Fendi and Dior were repped by Robin Zendell & Associates, which didn’t respond to a request for comment.

Dior is also opening a boutique under a relatively short-term lease at 767 Fifth Ave. The former GM Building is now owned by a joint venture led by Boston Properties.

The nearly 12,000 square-foot space on the tower’s plaza, close to the Apple cube, previously served as temporary quarters for Cartier while it refurbished its longtime home a few blocks south. Dior will likely also use it as a temporary home during the East 57th Street redesign.

In a similar side-step, Tiffany recently moved into the former Niketown at the Trump Organization’s 6 E. 57th St. for a three-year renovation of its fabled Fifth Avenue flagship — a solution made possible because Nike no longer had any use for its former 65,000 square feet.

Cushman & Wakefield’s Steven Soutendijk said the Dior and Tiffany moves reflect a “really good sign for the Madison-57th Street area because the luxury brands are doubling down — not only committing to new spaces, but to their existing ones and growing in them.”

The new stores come not a moment too soon for the battered sidewalk-level scene along 57th Street between Park and Sixth avenues and on blocks immediately north and south, which were rocked by one retail wipeout after another in the past 18 months.

Despite the welcome imminent arrival of luxury perfume shop Amaffi at 40 E. 57th St. and David Yurman’s move to 5 E. 57th, the brick-and-mortar retail recession has taken a grim toll.

The long 57th Street block between Fifth and Sixth avenues now has as much vacant store space as occupied space since Z Chemists went dark a few weeks ago. Demolition and construction make things look worse.

Most have been empty for more than a year. No leases are known to be pending at any of them.