There's a winner from the US-Iran crisis, and it's ISIS 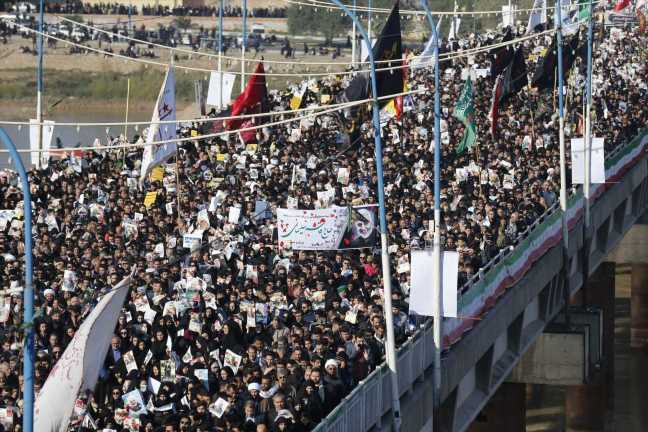 Terrorist group ISIS will likely be the winner as tensions between Washington and Tehran mount after the U.S. killing of Iran's most powerful military commander, experts say.

The crisis sent tensions between the U.S and Iran rocketing and triggered retaliation threats from Tehran. It also raised questions about the future of American troops in Iraq.

"There is a winner here, and the winner is ISIS," Dan Yergin, chairman of HIS Markit, told CNBC on Monday.

A U.S.-led coalition has been operating in Iraq to fight the notorious terrorist group, the self-declared Islamic State of Iraq and Syria. After the death of Soleimani, the coalition announced Sunday that it would be suspending most operations against ISIS, which once controlled large swathes of Iraq and Syria before allied intervention.

The U.S. and Iran, though adversaries, are mutual enemies of ISIS and effectively fought against ISIS to crush the terrorist group's de facto state in Iraq and Syria.

"Because it was the unlikely coalition between the United States and Iran … that pushed ISIS back. The U.S. forces leave — on the one hand, that's good news for Iran … but it's also good news for ISIS," he said. "ISIS which had seemed to be on its backfoot, there's a new opening for it."

Iraq's parliament on Sunday passed a resolution calling for the government to expel foreign troops from the country. It came as the government in Baghdad accused Washington of violating its sovereignty.

Experts say that the Iraqi response is causing more uncertainty surrounding U.S. presence in the region.

"The assassination was such an extreme violation of Iraqi sovereignty — done unilaterally, without Iraqi government consent — that Iraqi officials will come under tremendous political pressure to eject U.S. forces," said Ilan Goldenberg, director of the Middle East program at Washington-based Center for a New American Security, in an op-ed on Friday.

The U.S.-led coalition has now shifted its focus to protecting Iraqi bases from attack by Iranian-allied militias such as Kataib Hezbollah, according to an official statement from the coalition.

A viable U.S. presence in Iraq "remains an open question, said Goldenberg, who previously served as Iran team chief in the U.S. Office of the Under-Secretary of Defense for Policy, as well as Special Advisor on the Middle East, between 2009 to 2012.

"The security situation, which has certainly now been complicated, is not the only problem," wrote Goldenberg.

Goldenberg warned that a "chaotic U.S. withdrawal under fire" could "present real dangers." He also flagged the risk of hurting efforts to counter ISIS.

"The mission to counter ISIS remains a going concern, and if the United States is forced to leave Iraq, that effort could suffer a serious blow," he wrote.

"ISIS retains an underground presence and could take advantage of the chaos of an American withdrawal or a U.S.-Iranian conflict to improve its position in Iraq," Goldenberg warned.

Source: Read Full Article
a From the There&#x27;s winner