Will Trevi Therapeutics (TRVI) Take Off After Dismal 2019? 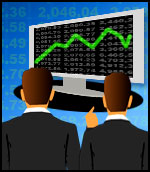 Trevi Therapeutics Inc. (TRVI), whose share performance was dismal in 2019, has some important catalysts to watch out for this year.

The Company is developing Nalbuphine ER for the treatment of chronic pruritus, chronic cough in patients with idiopathic pulmonary fibrosis (IPF), and levodopa-induced dyskinesia (LID) in patients with Parkinson’s disease.

Nalbuphine ER is an oral, extended-release formulation of Nalbuphine. Administered as a subcutaneous injection for relief of moderate to severe pain in the hospital setting, Nalbuphine was approved by the FDA in 1979.

The ongoing clinical trials with Nalbuphine ER include:

— A phase 2b/3 trial in approximately 240 patients with severe pruritus from prurigo nodularis in approximately 50 centers in the U.S. and Europe, dubbed PRISM, is ongoing. A sample size re-estimation analysis once 50% of the patients in the trial are evaluable for the primary endpoint is slated for mid-2020.

— Prurigo nodularis (PN) is a skin disease that causes hard, itchy lumps (nodules) to form on the skin. The itching (pruritus) can be intense, causing people to scratch themselves to the point of bleeding or pain. (Source: NIH)

The Company expects to report top-line data from the PRISM trial in the second half of 2020.

— A phase II clinical trial for chronic cough in up to 56 patients with idiopathic pulmonary fibrosis is underway. Trevi expects to complete enrollment in this trial in the first half of 2020 and report top-line data in the second half of 2020.

Planned trials with Nalbuphine ER are:

Being a clinical-stage biopharmaceutical company, Trevi Therapeutics has not generated any revenues to date.

As of September 30, 2019, the Company had total cash and cash equivalents of $63.5 million, expected to be sufficient to fund operations through at least the end of the first quarter of 2021.