Amazon Finally Closes Above $1 Trillion After Months of Flirting 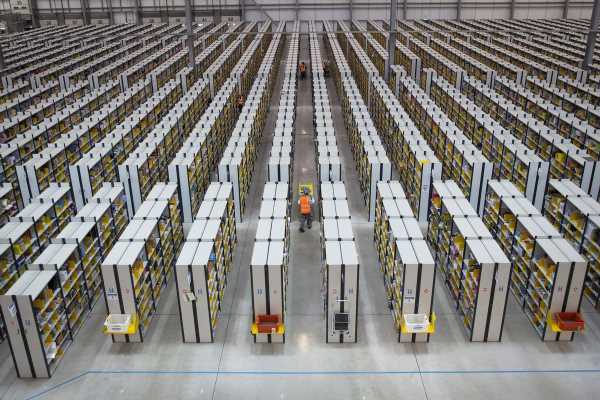 Amazon.com Inc. closed with a valuation above $1 trillion for the first time on Tuesday, after failing to hold above that threshold through the end of a trading day in the previous two sessions.

The stock closed up 2.3%, with the e-commerce company ending the day with a market cap of $1.021 trillion. Amazon briefly joined the 13-digit club on Friday, with shares surging in the wake ofa blowout earnings report, but the stock closed off its high and ended with a valuation of $999.96 billion. The pattern repeated on Monday, with an intraday bounce above the level failing to hold.

This was something of a familiar story for the company. Amazon first earned a $1 trillion valuation in September 2018, but that was also on an intraday basis, and it failed to stay above the level through the close. The company also neared it in July 2019, again without success.

Amazon is only the fourth U.S. stock to close with this valuation, followingApple Inc.,Microsoft Corp., andAlphabet Inc., which joined the elite clubfor the first time just last month. Alphabet closed with a market valuation of about $993 billion on Tuesday after adisappointing earnings report sent the stock down 2.5%. Globally, the list also includes Saudi Aramco, Saudi Arabia’s national oil company, which currently has a market cap of about $1.8 trillion.

The milestone also further extends the wealth of Jeff Bezos, Amazon’s chief executive officer, who owns more than 11.5% of outstanding Amazon shares, according to data compiled by Bloomberg. Bezos, the richest man in the world, has anet worth of about $124 billion.