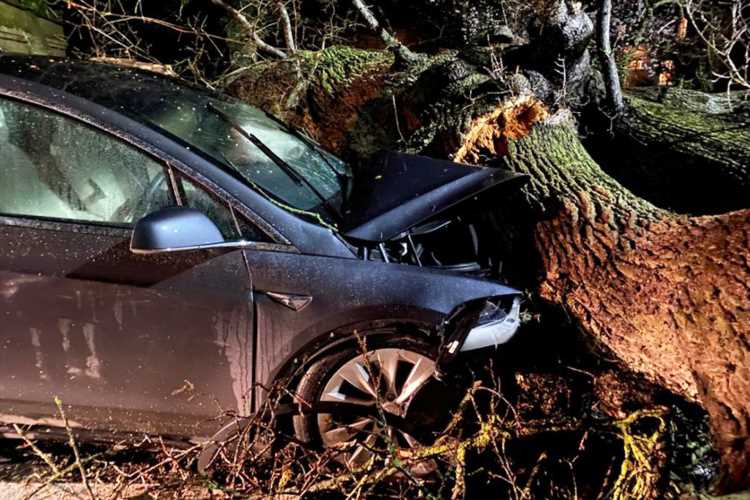 TWO families have narrowly escaped being crushed by a massive tree after their Tesla's automatic brakes suddenly kicked in.

Laurence Sanderson was travelling through Dorset with his three children and wife over the weekend when a oak tree was blown over during Storm Dennis. 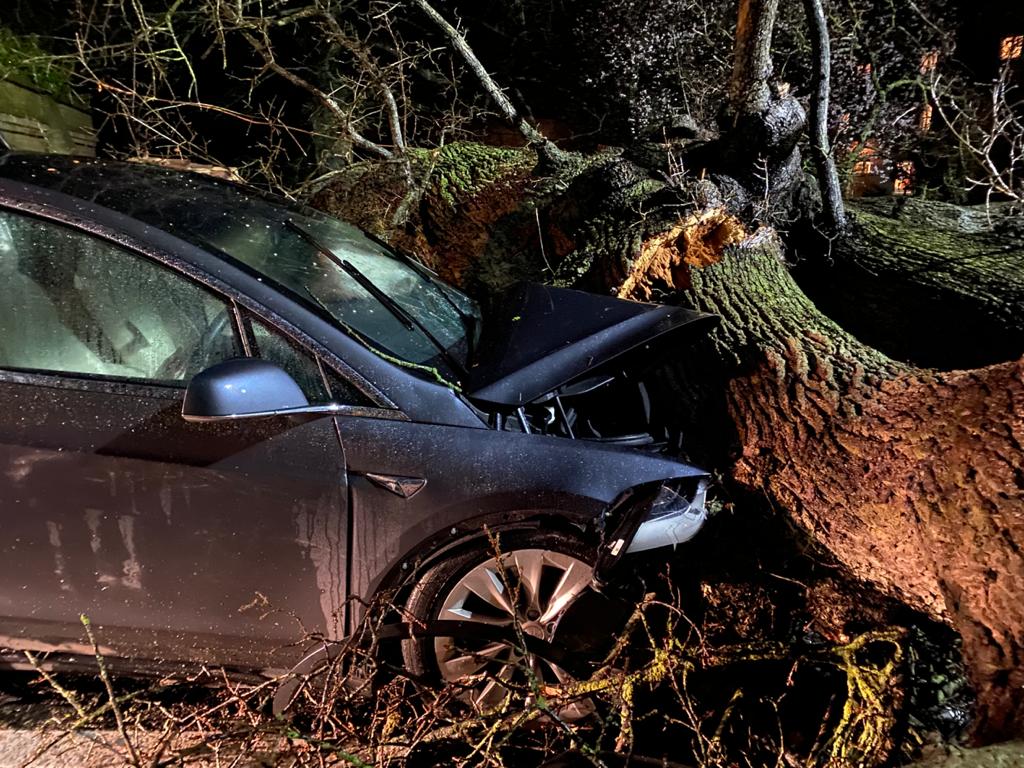 The family of five were moments away from being hit by the 400-year tree when the Model X's autonomous brakes stopped them in their tracks.

Instead of landing on top of your roof, the enormous branch crashed onto their bonnet.

Another Tesla was travelling in the other direction at the exact time the tree fell, but managed to avoid a serious crash thanks to their motor's innovative braking system.

Thankfully, both families were uninjured in the crash and were taken in by a couple in a nearby house who gave them food and water. 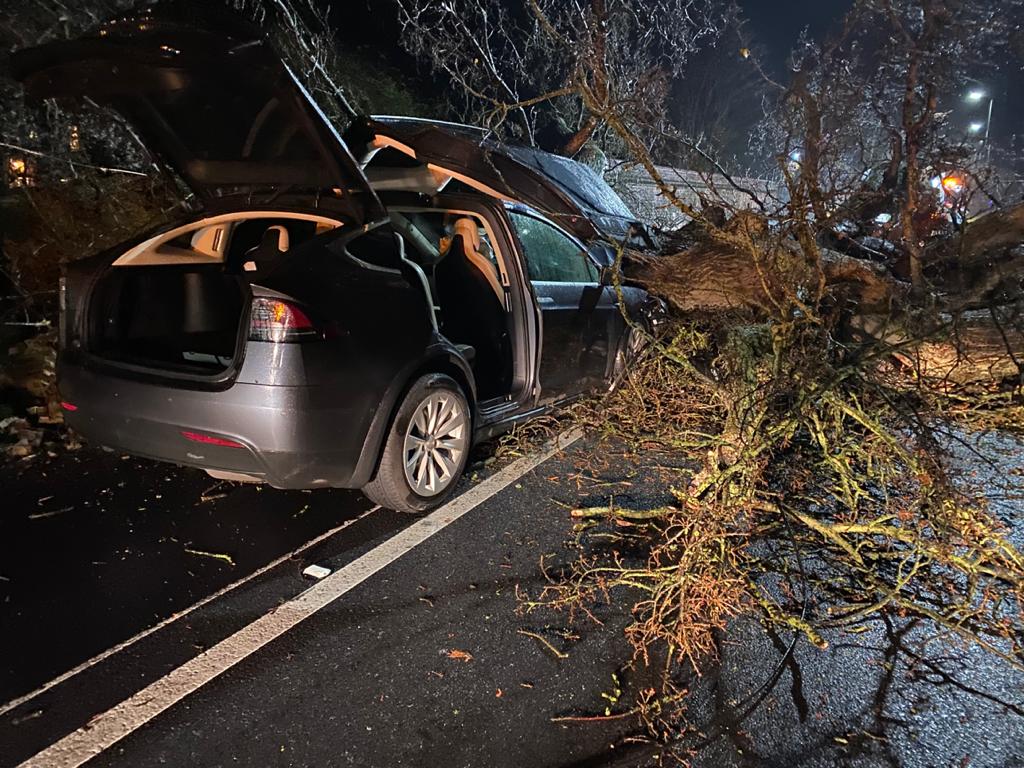 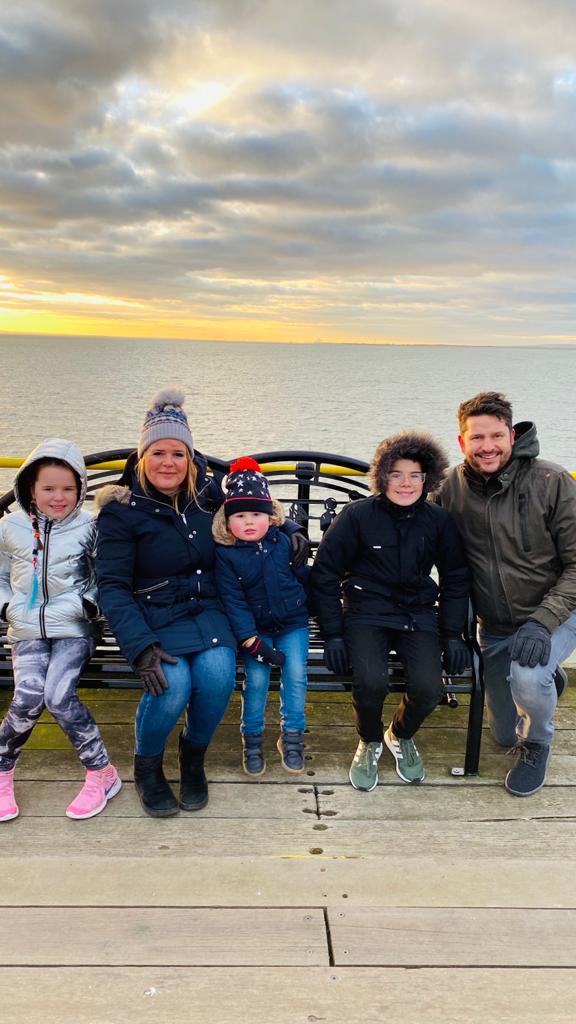 The A31 was blocked in both directions due to the massive tree fall.

Tesla introduced an automated emerging braking system into all of its vehicles back in 2017, which engages when it detects a pedestrian, cyclist or obstruction.

Mr Sanderson said: "My wife's a bit battered and bruised but apart from that we’re completely unscathed – it's a miracle.

"We were driving along the A31 and I saw the tree coming down in the blink of an eye.

"The car slammed the brakes on and the trunk landed on our bonnet.

"Literally another second and we would've been toast. It was huge – the biggest tree I've ever seen.

"The other car had four people in it and they were all okay. The odds of both cars being Teslas is extraordinary. 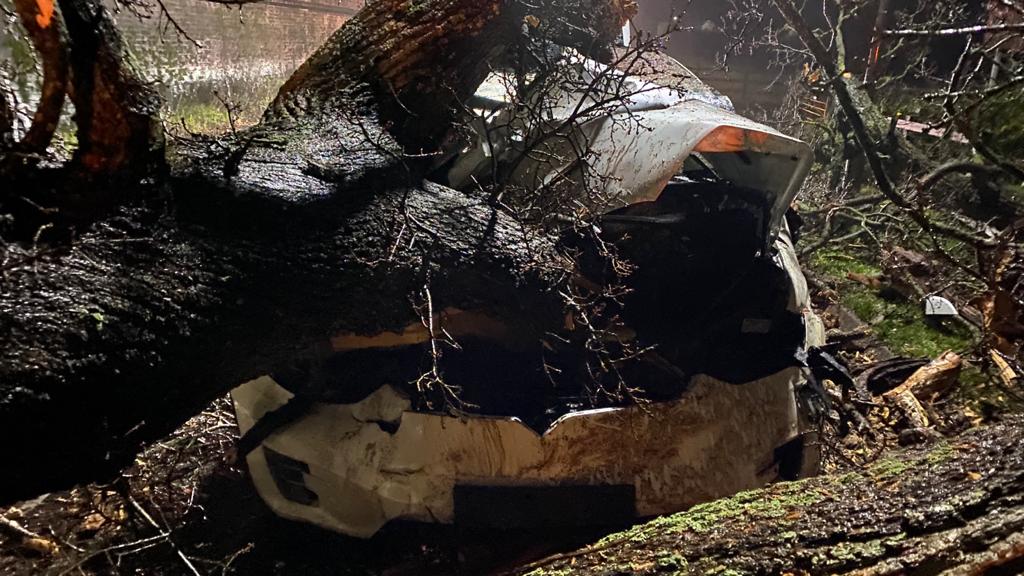 "I’d like to thank the lovely couple who took us all into their house, fed and watered us and played cards with the kids.

"They showed unbelievable kindness as did Gary, the landowner of the site where the tree stood – who was absolutely mortified – and has lent us his car.

"Both cars are totally written off but the main thing is we’re all safe. Elon Musk has done us proud."