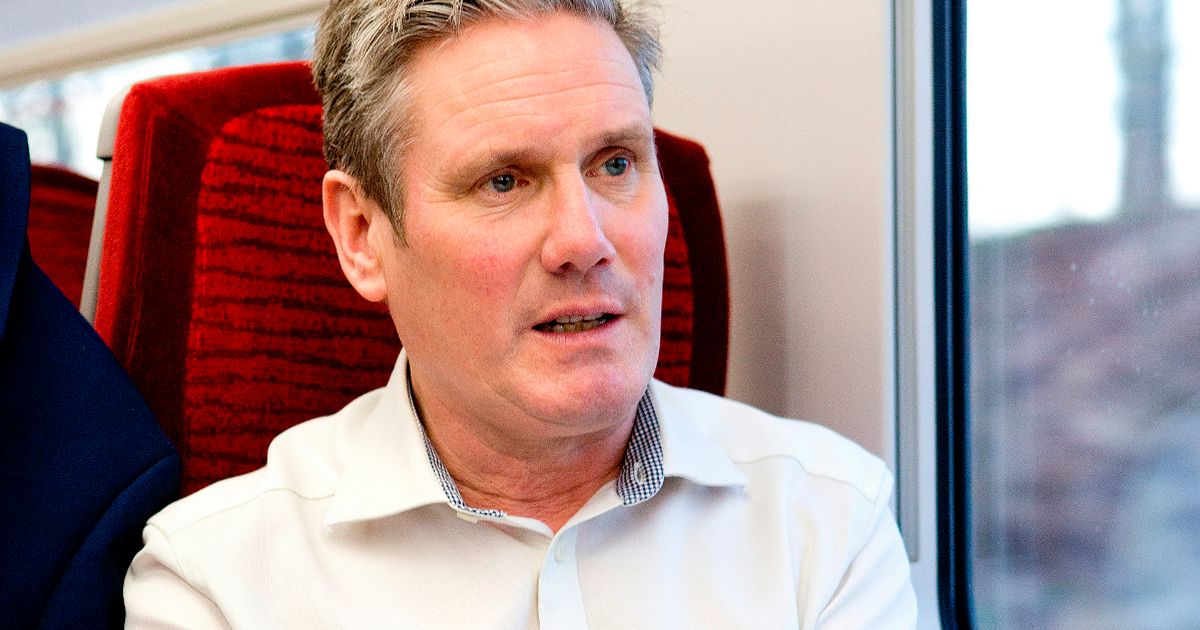 The past three weeks have been hell for Keir Starmer.

After his mother-in-law Barbara suffered an accident, the potential new Labour leader cancelled campaign events so he and his wife Victoria could be by her bedside.

Barbara’s death last weekend will have brought back difficult memories for Starmer, the favourite to succeed Jeremy Corbyn. He lost his own mum in 2015 after years battling a debilitating disease.

These tragic experiences have given him a close-up view of the “incredible” NHS, and have made him determined that the health service should have the resources it needs.

He said: “We were overwhelmed by how incredible the NHS really is.

“The last few weeks have been very tough on my wife and her sister.”

Victoria works for the NHS in ­occupational health. Starmer’s mother Jo was a nurse.

Jo had Still’s disease, a rare autoimmune disorder that makes the body attack its own tissues.

Starmer, 57, who spent his childhood in Oxted, Surrey, said: “She was in and out of operating theatres all her life.

“For the last 10 years she couldn’t walk, speak or move, and had to have a leg amputated. I spent many hours in high-dependency units. As a teenager I had already seen the NHS at its absolute best, with nurses saving my mum’s life on many occasions.

“So my relationship with the NHS has been pretty intense over many decades and I have a considerable insight into its workings.”

He is now back on the campaign trail full-time and was at yesterday’s hustings in Glasgow with rivals Rebecca Long-Bailey and Lisa Nandy.

Shadow Foreign Secretary Emily Thornberry is out of the Labour ­leadership race after failing to secure enough nominations.

Today Starmer will receive a list of all Labour’s 500,000 members.

In what will be the biggest exercise of its kind in British history, he is setting up 140 phone banks to
call every single one. Ballot papers  go out this week, and plenty of bookies have him down as the sure-fire winner.

But the former human rights lawyer and Director of Public Prosecutions is not resting on his laurels.

He said: “I’m deeply conscious that not a single vote has been cast and we must fight for every one. We’re not taking anything for granted.”

He is clear on what he would do about the anti-Semitism plaguing the Labour Party if he were elected leader.

Starmer said: “We have let the Jewish community down badly over the last few years.

“That’s why I want to be clear that if you are anti-Semitic you should not be in the Labour Party.

“And as leader, I would take personal responsibility for this.

“There should be a swift process for removing those who are anti-Semitic – automatic exclusion.”

His politics can be difficult to pin down. He is seen by many as the centre-left candidate to repair Labour's electoral damage under Jeremy Corbyn.

Yet he declares himself a socialist and resents comparisons with Tony Blair.

He said: “We need a radical programme to get to grips with inequality but it has got to be relevant and credible.

“Labour doesn’t win when it ­promises the status quo. It wins when it promises real change.”

He insisted he would not “trash” the last Labour government, although he said he “profoundly disagreed with Iraq” – nor would he bad-mouth the party of the past five years.

He said: “Jeremy Corbyn brought to the party a much clearer stance against austerity.
We should build on those ideas.

“It’s a mistake to say when a party loses we must have got everything wrong. The election was about trust.

“The voters didn’t trust Labour as a party of government.

“We’ve lost four times in a row. That’s what we must address.”

Sir Keir has been accused of being boring and bland, an “Ed Miliband with a knighthood” and even, from the Tories, “The Michael Howard of the Labour Party – a good stopgap”.

He batted away a playful comparison with Mark Darcy, the handsome human rights lawyer from the Bridget Jones books and films, saying he wanted to focus on his “mission” to “take people on a journey which will deliver real change”.

He added: “It’s not about entertainment. It’s about being serious.”

And he insisted that if he got into the top job, he would not appoint a Dominic Cummings-style aide like Boris Johnson.

“No,” he said. “The role of Dominic Cummings is extraordinary. He’s becoming increasingly more powerful but can’t be held to account by us.”