Rex strafes Qantas over 'capacity dumping' as it ditches Ballina 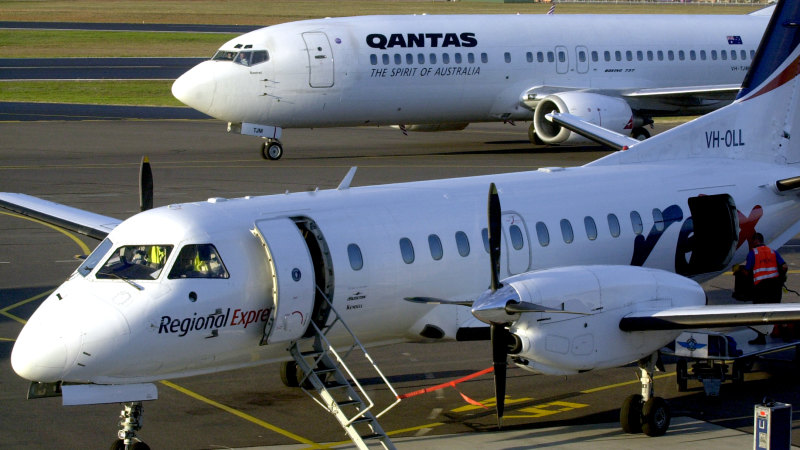 A regional airline has complained to the consumer watchdog about Qantas "dumping excess capacity" on some routes, making some of its services unviable.

Regional Express Airlines – better known as Rex – told the Australian Competition and Consumer Commission it will highlight Qantas' behaviour on three routes: Adelaide to Whyalla, Adelaide to Kangaroo Island and the Sydney-Ballina service. 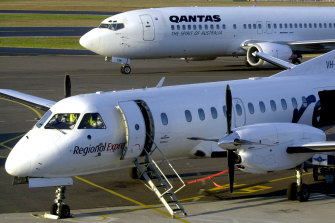 Rex says it will stop services to Kangaroo Island and Ballina in coming weeks due to a downturn in demand.Credit:Kate Callas

The airline says it has decided to stop services to Ballina and Kangaroo Island in the coming weeks due to a downturn in demand, claiming Qantas has gone beyond competing on merits.

"Rex has to face up to the reality that it is not able to match Qantas' financial firepower and, unlike Qantas, Rex is not able to continue servicing a money-losing route indefinitely," the company said in a statement on Monday.

"The Rex Board has decided that in light of the sharp downturn experienced in the last six months and the poor economic outlook for the next 12 months, Rex will be exiting the Sydney to Ballina and Adelaide to Kangaroo Island routes in the coming weeks.

"This is not a decision that Rex has taken lightly having serviced Kangaroo Island continuously for 30 years and Ballina for 24 years."

The end of Rex services to Kangaroo Island is another serious blow to the local community after the devastating bushfires and their impact on tourism.

Qantas began services from Adelaide to the island in 2017, and also introduced direct flights from Melbourne.

It began flying to Whyalla in 2015 and in January this year announced extra services from Sydney to Ballina from late March.

"It is obvious that the excessive additional capacity introduced by Qantas on these routes kills the ability for Rex to offer a sustainable alternative to the Qantas model for regional communities and increases Qantas' market power," the company said.