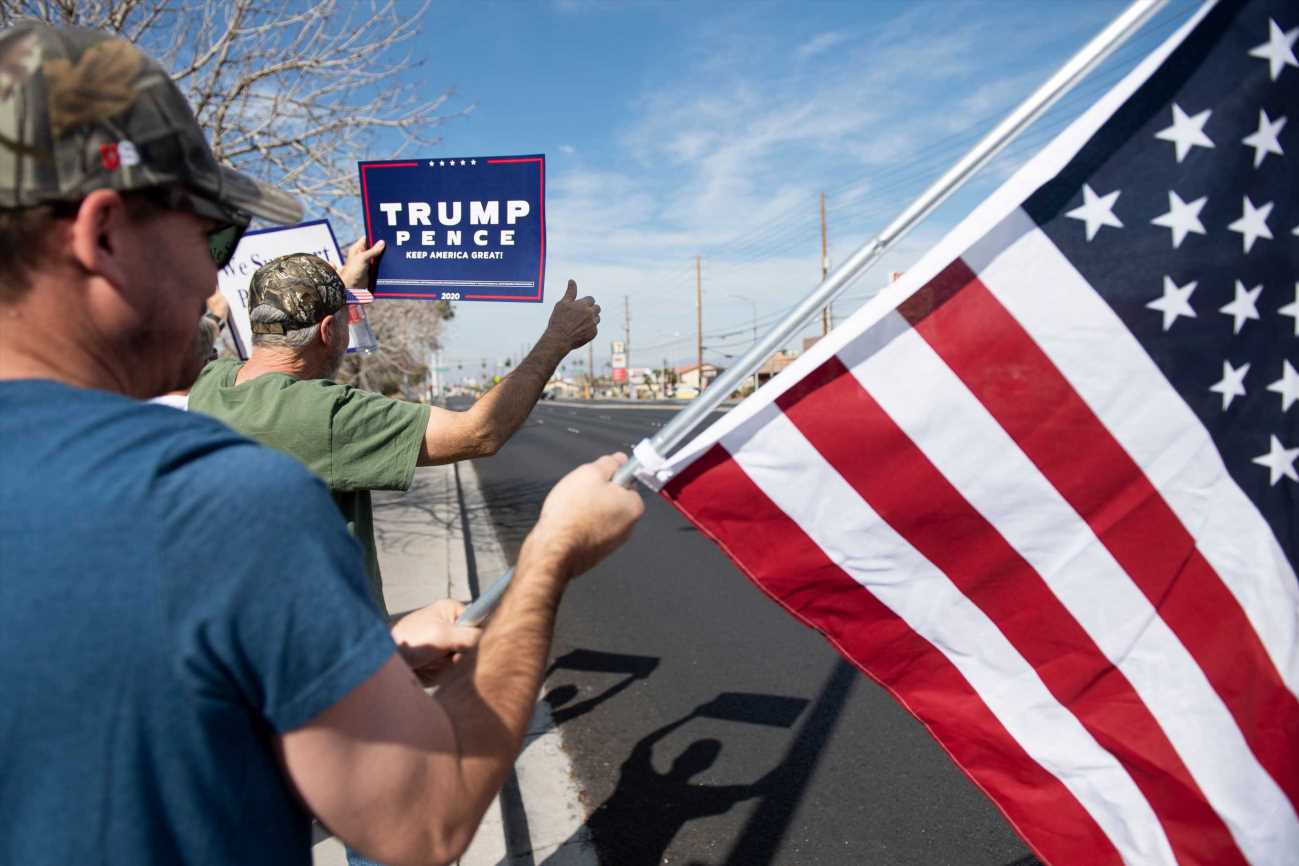 LAS VEGAS ― President Donald Trump is staging a Las Vegas campaign rally Friday, even though Nevada Republicans already rigged their caucus to ensure he would win by canceling the presidential preference vote.

Trump’s third rally of the week is to take place at the city’s convention center at noon, local time. But Trump effectively won the state’s 25 delegates to the summer nominating convention five months ago at a state party meeting in Winnemucca.

“He has overwhelming support from Republicans in this state. He has like 99.9%. It’s amazing,” said Michael McDonald, Nevada’s state GOP chairman. He added that the party would use the few hundred thousand dollars saved to help down-ballot candidates this November.

“We haven’t had any blowback,” McDonald said.

At the time of the decision to cancel the caucuses, three other Republicans were challenging Trump for the nomination ― former Govs. Mark Sanford of South Carolina and Bill Weld of Massachusetts, and former Rep. Joe Walsh of Illinois. Only Weld is still running.

Walsh, calling the president “corrupt,” “a criminal” and “a tyrant,” said, “I’d like to be outraged at Trump for having the nerve to do a rally in a state in which he canceled the caucus. But I’m not. … “This is what he does.”

Walsh ended his candidacy after a poor showing in the Iowa caucuses earlier this month.

Trump campaign communications director Tim Murtaugh said the visit to Nevada Friday is not about Saturday, when state party leaders will formally endorse the resident for reelection at a meeting in Pahrump, about an hour west of Las Vegas. Rather, the rally is about the November election ― the same as his visits this week to Arizona and Colorado.

“These are states that President Trump intends to win in November. That’s the reason for the rallies,” Murtaugh said.

Alaska, Arizona, Hawaii, Kansas, South Carolina, Virginia and Wisconsin also have canceled delegate-awarding Republican primaries or caucuses. A handful of others effectively canceled such contests by imposing high signature requirements or just plain deciding that no one other than Trump could participate.

Minnesota Republicans, for example, are producing a ballot reminiscent of the old Soviet Union, with only one candidate ― Trump ― listed. Georgia Republicans demanded that Walsh promise to support the eventual nominee, which he was unwilling to do, and also wanted to see a list of his Georgia supporters, Walsh’s campaign said. It, too, produced a ballot with just Trump’s name on it.

In Virginia, state Republicans are not participating in the March 3 Super Tuesday primary as Virginia Democrats are, and will instead award their 48 delegates to Trump at their state convention in May.

Nevada is one of the states Trump lost narrowly in 2016 to Democrat Hillary Clinton, along with New Hampshire and Minnesota, and his campaign believes it can win them this year.

Democrats, though, express confidence that whomever they nominate will hold the state and its six electoral votes. Although Clinton defeated Trump by only about two-and-a-half percentage points, a backlash to the president in Nevada helped Democrats defeat an incumbent Republican U.S. senator and take back the governor’s mansion in the 2018 midterm election.

MacGuire, who is 68 and retired from the hospitality industry, said he thinks Trump’s behavior and the Republican Party’s actions to support him have made a Democratic win in Nevada more likely.

“I think the Republican Party in Nevada is shrinking,” he said. “I think there are Republicans leaving the party to become independents and even Democrats. Because they care about honesty and decency as basic values. And that’s not something Washington Republicans are interested in.”