Former Vice President Joe Biden’s presidential campaign was resurrected in South Carolina when Black voters propelled him to a 30 point blowout victory. A torrent of positive media followed, two major candidates dropped out of the Democratic race and endorsed Biden, and three days after the South Carolina win, his under-funded and under-manned campaign stomped to victories across Super Tuesday states to build a delegate lead over Sen. Bernie Sanders (I-Vt.).

The big story of the 2020 Democratic presidential primary is the thousands of voters who in those three days decided to pull the lever for Biden. Biden won 40% of late deciders, according to Super Tuesday exit polls.

The surge of late-deciding voters for Biden appears to have come, in large part, from the suburban communities that have been the center of the “resistance” since President Donald Trump’s election. The suburbs also fueled the Democratic takeover of the House in the 2018 midterm elections.

A number of these late-deciding voters spoke to HuffPost about why they picked Biden. They made their decisions for multiple reasons, including that their preferred candidates had exited the race. But at the front of all their minds was who they thought had the best chance to defeat Trump in November. Biden turned out to be that candidate.

“The number one, overriding concern among everyone was who can beat Donald Trump,” said Shauna Johnson, a 44-year-old resident of Castle Pines, Colorado, speaking about herself and her group of friends. She voted for Biden in her first primary on Super Tuesday.

Many of Biden’s late-deciders had been supporters of his former rivals. Some had backed ex-South Bend, Indiana, Mayor Pete Buttigieg and Sen. Amy Klobuchar (Minn.), who both dropped out after their poor showing in South Carolina and endorsed Biden. Others supported Sen. Kamala Harris (Calif.) and were looking for signs of whom to support (Harris came out for Biden after Super Tuesday). The giant field of candidates the Democrats started out with also created confusion for those looking for guidance from earlier primaries and caucuses. 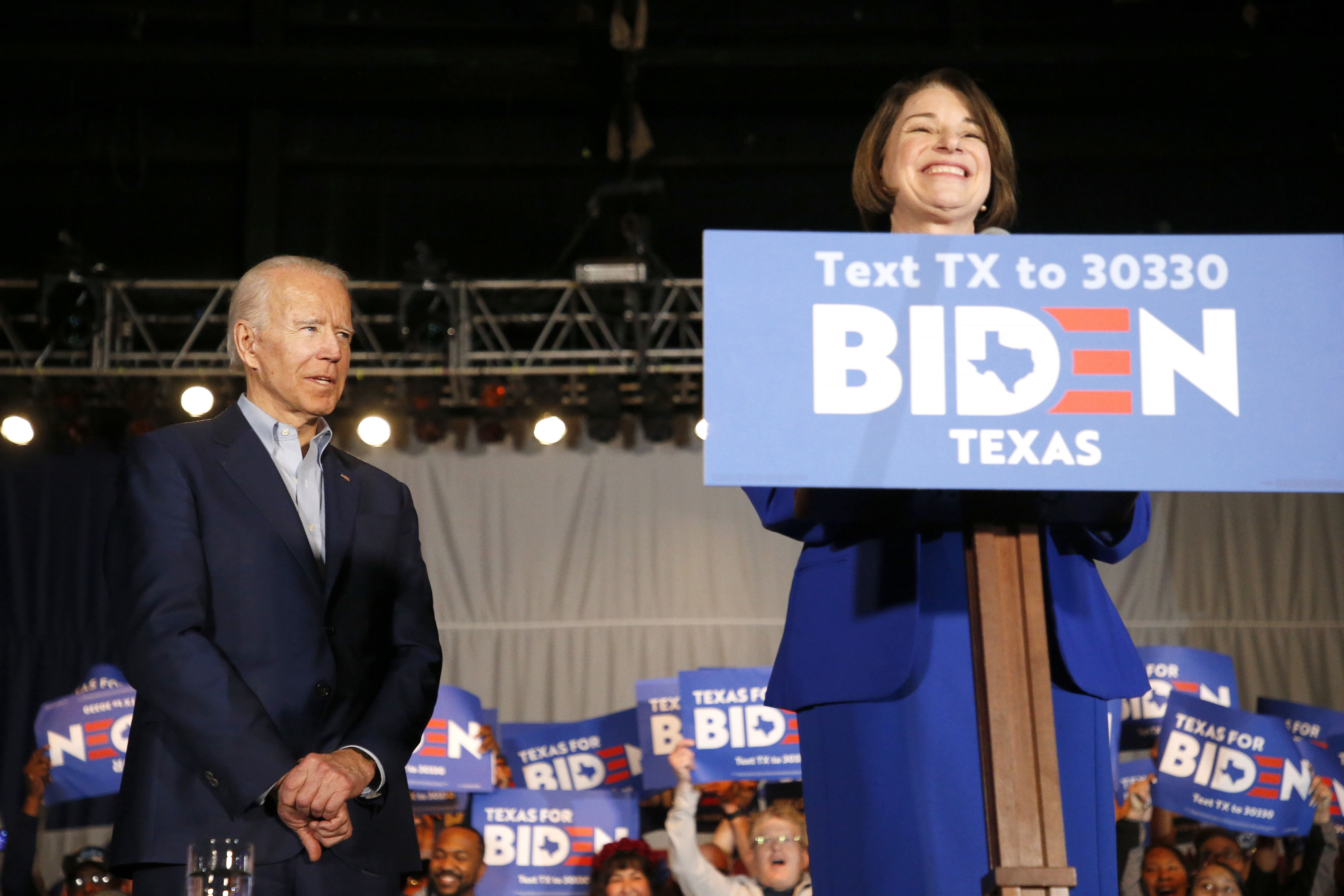 “It was disappointing after Iowa and New Hampshire to have no clarity about where voters might coalesce,” said a 43-year-old Fairfax, Virginia, woman who decided to vote for Biden after South Carolina (and did not want her name revealed because she works for the federal government).

“When I saw how lopsided the result was [in South Carolina], it gave me comfort that Biden was the right choice,” the Virginia woman said.

“It’s a snapback if somebody tells you they’re dead and then they win the Boston Marathon ― that tells you something,” Matt Bertuzzi, a 42-year-old Massachusetts voter who works for a consulting company and previously supported Buttigieg, said about Biden’s win in South Carolina following losses in the three previous contests.

“When the exit poll results came out for South Carolina, that for me was the signal that Joe Biden was the one who could build a diverse coalition,” said Brendan, a 28-year-old state government employee in Boston who initially backed Harris.

These voters were united in choosing Biden based on electability concerns. His particular issue positions or policy plans were not important.

“Issue? No,” Bertuzzi said when asked if there were any issues that swung his vote to Biden.

“I was not issue-driven in my primary vote,” the Virginia woman said. “I don’t see a vast difference in the outcomes that are likely to come about depending on who’s ultimately nominated.” 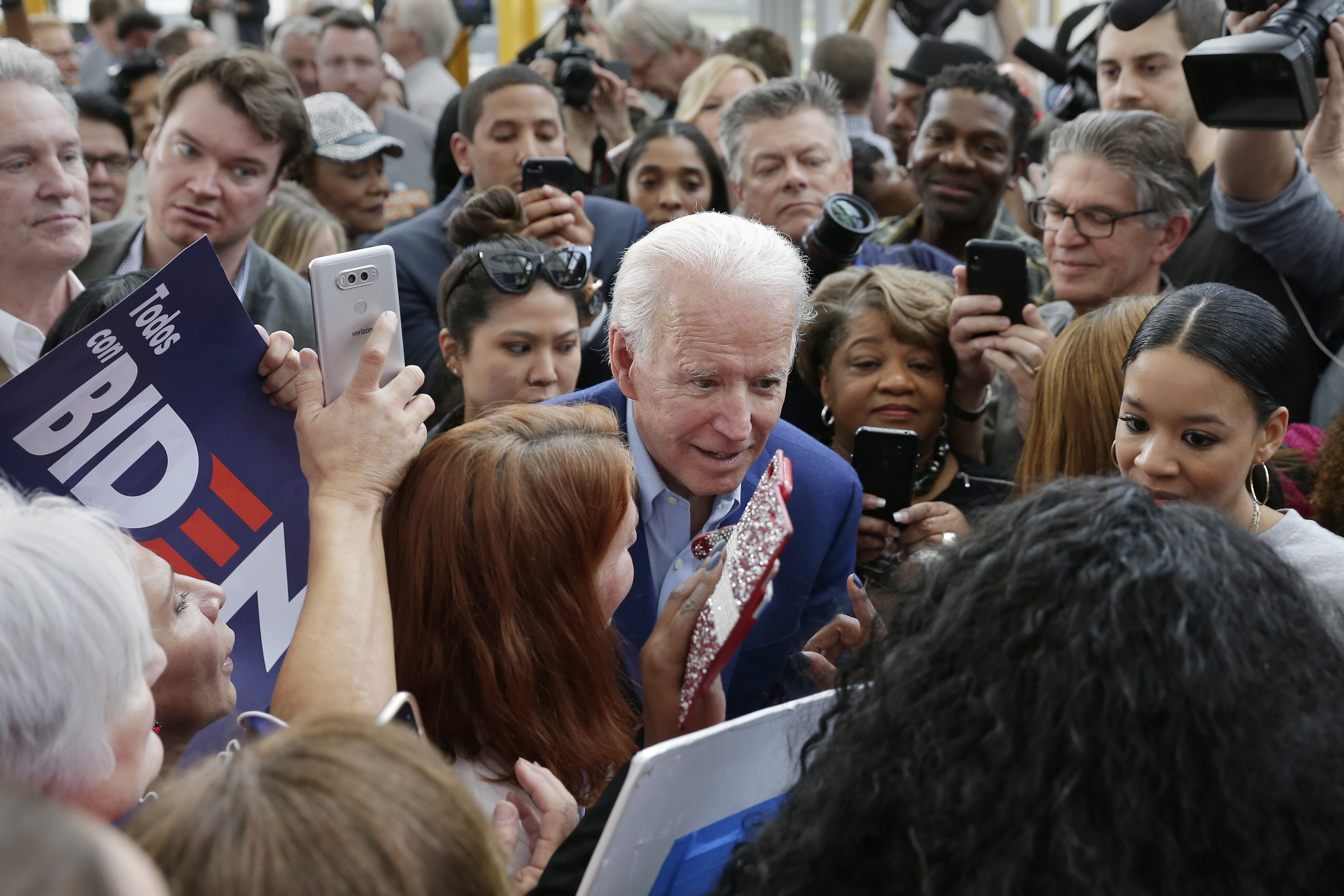 Late deciders were also united in not wanting Sanders to be the nominee. Some felt they did not align ideologically with him, others did not like his style, but all thought he would perform worse in the general election and could hurt congressional candidates.

“It seemed to me like Bernie was not the preferred candidate at least for a lot of the House members who were in swing districts,” the Virginia woman said.

Johnson was most concerned about nominating someone who would be palatable to her Republican-leaning neighbors, friends and family members in suburban Colorado. They would be amenable to Biden, she believed, while even her Democratic-leaning friends told her that if Sanders won the nomination, they would vote for down-ballot Republicans to balance his potential administration.

And while Biden wasn’t everyone’s first choice from the beginning, they liked him enough.

“The reason I wasn’t all about Joe in the beginning was I did want something different,” said Lisa Oatts, a 69-year-old unemployed certified medical assistant in Indiana who supported Harris and then Buttigieg before deciding she would vote for Biden after South Carolina. “It’s been an old white guys game until Obama.”

That seems to have been enough to propel Biden to his front-runner status.